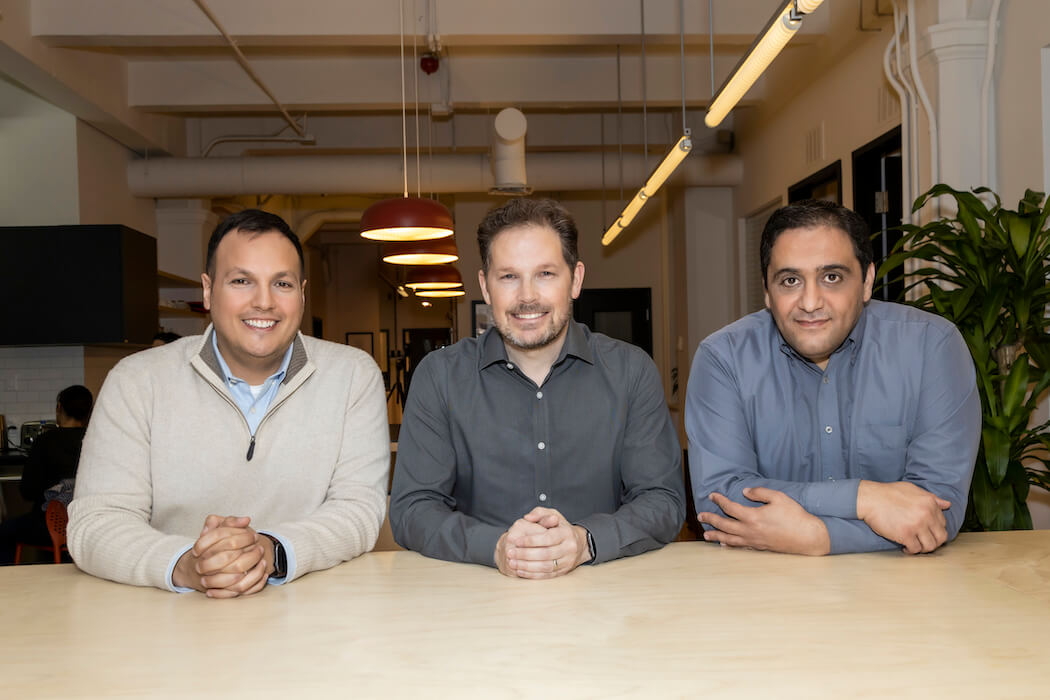 Wingocard, a new Montreal-based startup focused on personal finance for teens, has closed a $2 million seed round led by Diagram Ventures.

The FinTech startup, launched in January, is one of the newest members of Diagram’s portfolio, which invests in and co-develops companies. Wingocard did not disclose any other investors in the all-equity round.

“Financial literacy is an important skill that many U.S. students don’t learn in school.”

Wingocard is founded and led by Sebastien Brault (CEO), Mehdi Mehni (head of product), and Salvatore D’Agostino (CTO), all of whom had worked together at previous companies. Brault, a serial entrepreneur and angel investor, is notably an investor in fellow-Diagram startup Nesto. Mehni served as product lead for Diagram’s innovation team until August 2019.

Wingocard has developed a personal finance platform focused on teenagers. It offers a mobile banking app paired with a prepaid Visa card for teens, allowing parents to instantly transfer money and keep track of spending.

The combo of the card and mobile app are meant to allow teens to purchase items anywhere, as well as send and receive money between friends and family.

Brault told BetaKit the mission of Wingocard is to “empower” teens to take control of their personal finance by developing strong financial literacy skills from a young age.

“We are excited to help bring Wingocard to families this summer,” said Francois Lafortune, CEO of Diagram, which is funded in large part by Power Financial-backed Portag3 Ventures.

“Financial literacy is an important skill that many U.S. students don’t learn in school,” added Lafortune. “Wingocard gives families the tools they need to teach teens good spending and saving habits in a digital environment.”

The idea for Wingocard came about from a conversation between Brault and Mehni, who was working at Diagram at the time. The two co-founders both have teenagers and the shared experience of the challenges that come with managing the allowances and spending of their children. They wanted to find an easy solution for giving their teens money without having to hand over their own credit card all the time.

Brault noted that given their own experiences, he and his co-founders found that there was not a strong teen-focused mobile banking solution on the market.

While there are some financial solutions and credit cards designed for youth, the CEO argued Wingocard has very few competitors. He said what differentiates Wingocard is its focus on teens. “We speak to the teens first, our brand is built for teens,” said Brault. “At the same time, we solve the parent’s problem. [Our] competitors are usually talking to parents and trying to solve the parent’s problem by offering a solution for the parents … while we are really targeting teens.”

Wingocard is set to launch in the US in alpha version over the next few months, with plans to launch in beta by the end of Fall 2020 and enter the Canadian market in 2021.

The decision to launch in the US first stems from Wingocard looking to take advantage of an addressable market that has close to 50 million youth between the ages of 14 to 24. Comparatively, Canada has approximately 5 million between the same ages.

“There was already more traction in the US, so we wanted to jump in as fast as possible,” Brault told BetaKit. “But, we’re very confident that we’ll be the leader in Canada.”

According to a 2019 survey by US investment bank Piper Jaffray, Generation Z (those born between 1995 and 2015), contributes approximately $830 billion to US retail sales annually. However, many youth are not taught about financial literacy. One survey from 2017 found that 69 percent of US parents are reluctant to talk about finances with their children.

“By using this app [teens] will learn through small experiences,” Brault said. “And gradually, when they become young adults, instead of just getting a credit card and getting burnt, they’ll already be more financially educated, and hopefully that will have a very, very positive impact on their lives.”

“Instead of just getting a credit card and getting burnt, [teens will] already be more financially educated.”

Wingocard has signed letters of intent with two different banking partners, one in the US and one in Canada, in order to be able to launch its product. Brault noted that the COVID-19 pandemic led to some delays in working with banks and payment processors, but told BetaKit he expects Wingocard to be able to announce those deals within the next month.

Wingocard is currently a team of around eight employees and launched as a fully remote company. Brault told BetaKit, even prior to COVID-19, the startup never had any intention to have physical office spaces.

The startup’s small team, which the CEO hopes to double over the next number of months, is supported by the co-founder and former CEO of Frank And Oak, Ethan Song. Song is currently working in an advisory role for Wingocard, driving a “strategic partnership” play with brands that are looking to reach a teen market. Song recently departed from Frank And Oak, which is currently going through insolvency proceedings.

Wingocard declined to provide details on the strategic partnerships aspect of its business, noting “we’ll be able to share more about potential partnerships later in the year.”

The Diagram-backed startup plans to use its new-found seed capital to build out its team and product, while acquiring more users to its current waitlist.

Brault noted that Wingocard will likely look to raise a seed extension round at the end of this year to ensure that the startup has enough runway to get to a future Series A.