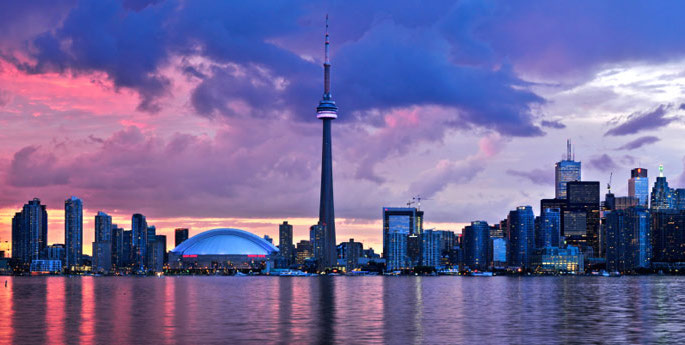 In a Dell survey of 50 cities across the world, Toronto ranked 11th on the list of metropolitan areas that Dell says are embracing technologies that “enable people and organizations to access new tools and new ideas that deliver better connectivity, better economic performance — and a greater ability to attract talent.”

The Dell Future-Ready Economies Model evaluated cities based on three areas: human capital, which looks at whether the population is equipped with skills to drive economic and social change; how supportive the city’s infrastructure is to growing businesses; and commerce, which determines if the city provides sustained opportunities for businesses to accelerate innovation, growth, and profitability. Toronto was the only Canadian city to make the list, which saw San Jose take the top spot.

Education was important in deciding which cities made the list — Toronto has a high concentration of both postsecondary institutions and research centres, while the University of Toronto is consistently ranked high in global rankings. The report noted that U of T contributes $15.7 billion annually to the economy, and has created 59 new companies in the last three years.

All but six of the top 25 most future-ready cities have open data initiatives, and Toronto is among those embracing open data availability for public use. Groups like Civic Tech Toronto and IdeaSpace help to facilitate the exchange of ideas between residents and policymakers. Toronto was also called the world’s most tax-competitive city, which encourages real-estate development in the area. The city’s FinTech ecosystem was also a point of interest, as the city is home to five of the largest banks in the nation.

Dell began research during the 2015 Strategic Innovation Summit hosted by the Technology and Entrepreneurship Center at Harvard University in September 2015, and the study is based on analysis by economic data forecasting and analytics firm IHS.

“We live in a digital age in which the power of innovation to transform our world is all around us,” said Kevin Peesker, president of Dell Canada. “Our cities are faced with new challenges every day—from supporting a growing population and building a thriving culture, to fuelling economic opportunity for everyone. By understanding Future-Ready Economies and their attributes, cities, businesses, and people can create policies and strategies that will enable them to prosper and achieve strong economic health.”