Each year, like clockwork, I observe the mass exodus of highly-skilled engineering and computer science students from the Kitchener-Waterloo area. Their reasons for leaving are varied: the allure of joining exciting technology companies, the promise of higher pay, and for those heading to Bay Area the balmy California weather can’t be dismissed.

Looking out Thalmic’s Charles St. window on a less-than-balmy December day here in Waterloo, I can’t dispute the weather. However, the Toronto-Waterloo corridor has an incredible amount of momentum right now. Around me, I see a region with the second highest density of startups in the world continuing to grow. In just the past 18 months multiple Waterloo startups went through large growth rounds — Vidyard, Clearpath, Kik, and Thalmic to name a few. And the Waterloo offices of technology companies headquartered elsewhere continue to expand. Google’s new Waterloo office will be home to over 1,000 engineers, and both Square and Shopify Plus continue to expand operations. If you can handle four seasons, there’s plenty of opportunity for excitement in Waterloo.

Weather and opportunity aside, the most common thing I hear when talking to those considering relocation is the allure of higher pay. And it’s true — salaries for similar positions in the Bay Area tend to exceed those in the Waterloo Region. But closer examination reveals you have the potential for a higher quality of life by working at a technology company in Waterloo.

To prove this, we are going to look at the money you can put in your bank account at the end of the year after paying taxes and living expenses. We’ll call this total “Real Earnings,” and it’s what I’m referencing above when suggesting you have higher earning potential in Waterloo vs. the Bay Area.

Spoiler Alert: You’ll need to earn a gross salary of more than double what you’d be paid in Waterloo, to make the same Real Earnings in San Francisco.

Thalmic has offices both in Waterloo and the Bay Area. In the process of hiring for each office we spend a lot of time analyzing these markets. The first time we analyzed comparative earnings we thought there must have been a mistake. To achieve the same Real Earnings, a Bay Area gross salary would need to be more than double a Waterloo gross salary.

To illustrate, let’s start with a comparison of starting salary for an engineer in both locations. A talented STEM graduate can expect offers around $65,000 CAD here in Waterloo. While in San Francisco the same graduate can expect $105,000 USD ($140,469 CAD). With starting salary more than double the amount of gross cash, the Bay Area weather is mere icing on the cake. But what does the talented graduate end up taking home?

After taxes the Bay Area salary is still higher, but Real Earnings reflect both taxes and living expenses. Factoring in fundamental living expenses reveals the myth behind the Bay Area’s higher pay. In the Bay Area, the average one-bedroom apartment is $3,336 USD ($4,470 CAD) per month. Looking for a two-bedroom? The average price is $4,469 ($5,988 CAD).

Comparable one and two-bedroom apartments Waterloo will run from $994 CAD and $1,307 CAD respectively.

So while your ego may benefit from working in the Bay Area (“Mom, I’m already ‘making’ more than you ever did!”), your pocketbook (slash bank account / bitcoin account / Robo-Advisor Account / whatever the kids are using these days) won’t.

At this point, the situation for soon-to-be graduates is clear — Real Earnings are higher in Kitchener-Waterloo. But it’s also worth looking at the situations of less-than-recent graduates, like those with families.

Let’s take Canadian expats who are living and working in San Francisco as an example. What might their situations look like if they were to return to Waterloo? Well, a mid-level engineer can expect around $80,000 (CAD) here in Waterloo. Comparable positions in San Francisco pay around $130,000 USD ($174,200 CAD). As the table below illustrates, the reality is they are likely to see higher Real Earnings back here in Waterloo, and a higher quality of life to go along with it.

The Bay Area is an extraordinary place to work and live, but there are reasons to pause before moving there. Waterloo is growing every day, and a comparison of Real Earnings reveals a certain quality of life is generally more accessible here.

For those graduating and thinking of leaving — I hope this has made clear it shouldn’t be for the money. From a purely fiscal standpoint, you would need to earn more than double the gross salary to achieve the same Real Earnings as here.

For Canadians in the Valley who may be thinking of coming home, or for Americans and others considering relocating to join companies here — I hope this helps provide additional incentive to come join this vibrant and growing community.

Learn more about working in the Toronto-Waterloo corridor here, and more about opportunities at Thalmic Labs here. 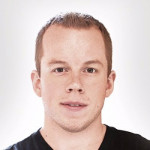 Co-founder of @thalmic. I like to build things. Triathlon & crossfit when I'm not in the office

Lyssa Neel, an MIT PhD who developed a wearable toy for kids, has won the 2014 N100 Startup Competition. Her invention- called Linkitz– is a wearable electronic…