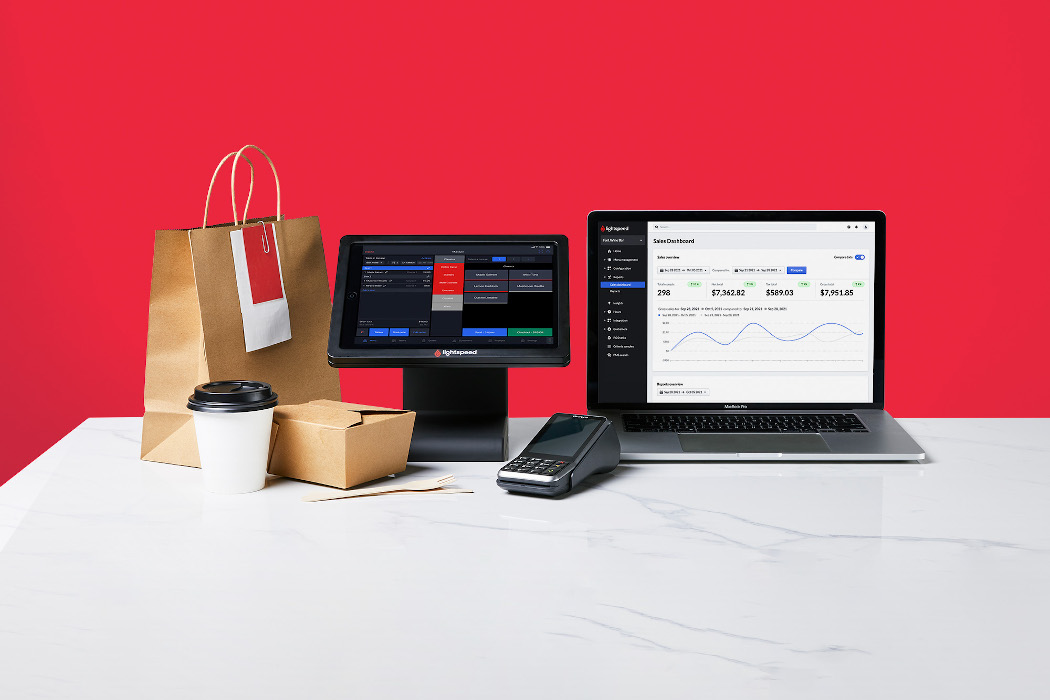 The revamped platform is the product of years of work, including a series of strategic acquisitions Lightspeed has made since 2019.

“We’re excited to bring this long-awaited solution to the United States and Canada.”
-Peter Dougherty, Lightspeed

“We’re leveraging these global teams, and we’re leveraging the customers and the companies who’ve joined us from Germany, Australia, the rest of Europe, and the US, [that] truly gives us something that puts us ahead of what we’ve frankly done in the past,” Peter Dougherty, Lightspeed’s general manager of hospitality, told BetaKit.

Founded in 2005, Lightspeed Commerce (formerly known as Lightspeed POS), provides cloud-based commerce and point-of-sale (POS) software to retailers. The Montréal-based firm, which trades on the TSX and NYSE, has teams across North America, Europe and Asia Pacific that serve retail, hospitality, and golf businesses in over 100 countries.

“After years of strategically bringing together the best talent and technology in the hospitality industry, we’re excited to bring this long-awaited solution to the United States and Canada after a successful launch in Europe last quarter,” said Dougherty.

Lightspeed launched the first version of Lightspeed Restaurant in 2014, following its acquisition of Belgium-based POSIOS.

The new and improved Lightspeed Restaurant is a unified hospitality commerce and POS platform that offers analytics, contactless payments, online ordering, inventory management capabilities, and more, which aim to give restaurateurs the ability to run smarter, more efficient restaurants amid pressures caused by COVID-19 and beyond.

Antonio Arias, the founder of Once Finger Lakes, a New York-based restaurant and wine tasting room that began using Lightspeed Restaurant in beta, called the ease of using the company’s revamped platform a draw.

“When everything is on the same system and fully integrated, everything flows better,” said Arias. “With POS, analytics, and inventory all under the Lightspeed umbrella, that’s the dream. It brings our whole operation to the next level.”

According to a recent Lightspeed and OnePoll study of over 2,000 merchants and consumers, 90 percent of US hospitality merchants credit the adoption of technology to their survival, and half aim to leverage tech to help automate tasks as the industry has become increasingly short-staffed during the pandemic, an aspect Lightspeed Restaurant aims to help address.

Dougherty described Lightspeed Restaurant “the first step” in the company’s broader strategy, which involves a single flagship product for both retail and hospitality.

The North American launch comes a couple of weeks after an American short-seller alleged Lightspeed had inflated key metrics and wasn’t performing as well as it claimed. Lightspeed dismissed the report, cautioning investors against making decisions based on the report by the firm, which focuses on forensic research and short-selling. Lightspeed also claimed the report contained numerous important inaccuracies and mischaracterizations.

The Montreal-based company is set to announce its second quarter 2022 financial results in early November.