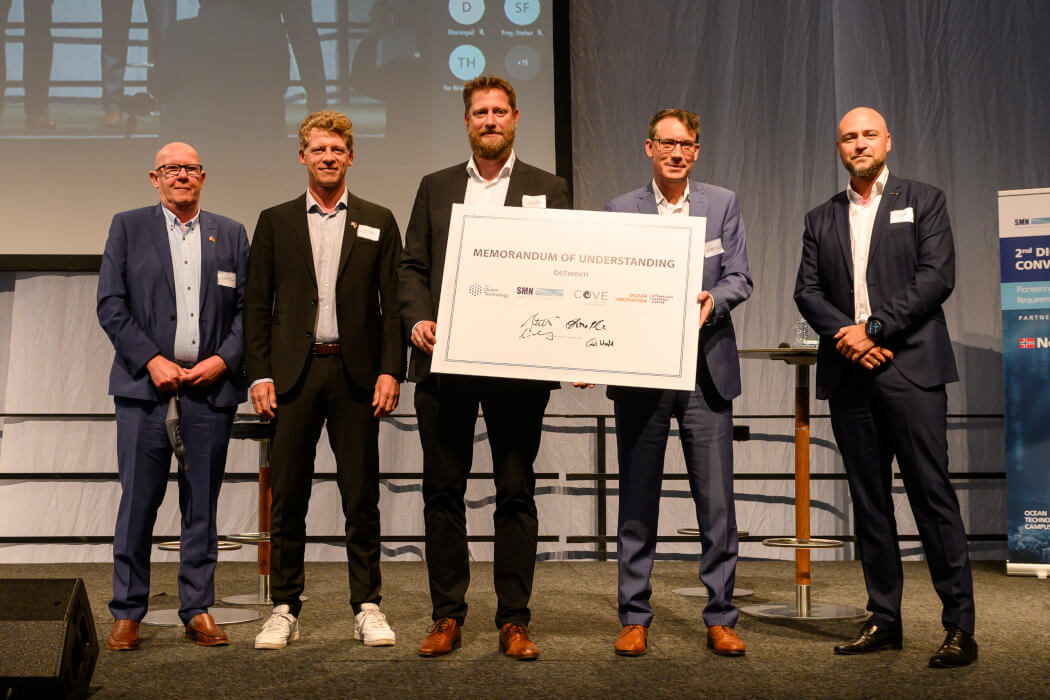 The Centre for Ocean Ventures and Entrepreneurship (COVE) announced the memorandum of understanding at the Digital Ocean Convention in Rostock, Germany last Wednesday. The agreement, which was also signed by GCE Ocean Technology (GCE OT) and Ocean Innovation Norwegian Catapult Centre in Norway and Subsea Monitoring Network (SMN) in Germany, aims to deepen global expertise and strengthen commercialization capabilities in the ocean technology sector.

COVE CEO, Melanie Nadeau, said in a statement that the partnership will create new opportunities for ocean tech companies and accelerate growth in the sector.

One COVE member, Kraken Robotics, has already expanded its operations to Germany.

“[These organizations] are at the centre of global ocean technology advances in their regions. Nadeau said. “COVE will now be able to access worldwide supply chains, research and development, complementary infrastructure and technological advancements to propel Nova Scotia and Canada’s ocean technology sector on a global stage.”

COVE has worked with each of the three organizations over the past several years, Nadeau said in an interview, and recently began engaging in more strategic conversations about a formal partnership.

“The more that we worked with them, the more [we saw] that they had a similar vision to us and that was pretty important and they were the right organizations to develop an MOU with,” Nadeau said. “They’re working very, very closely with industry, which is very important to us.”

The organizations’ focus on commercialization and past experience with ocean technology were also important factors in COVE’s decision to sign the MOU, she said. Nadeau added that having partners in Norway and Germany, both of which have well-established ocean tech sectors, particularly in aquaculture and offshore renewable energy, will be beneficial for Canadian ocean tech companies hoping to expand internationally.

The agreement will give COVE access to highly specialized facilities and infrastructure, including SubSea Monitoring Network’s Ocean Technology Campus in Rostock, which features an artificial reef for testing and developing technology and a digital ocean lab. The partnership will also open up new markets and partnership opportunities for COVE’s member businesses, Nadeau said.

One COVE member, Kraken Robotics, has already expanded its operations to Germany. The marine sensor and power solution developer established a subsidiary in Bremen in 2016. With the new partnerships, Nadeau said, COVE hopes to see more of its members set up offices in Germany and Norway.

The four organizations hope to undergo a joint project focused on commercializing ocean tech, Nadeau added, but the details of the project have not been decided.