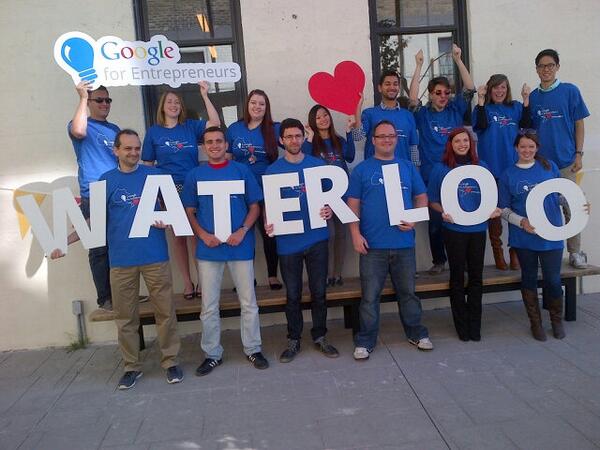 Everything seems to be going right for Kitchener-Waterloo’s startup community these days. Last week Twitter and Square founder Jack Dorsey revealed that his new company would be hiring 30 engineers in Waterloo, while today the Communitech hub became part of an exclusive Google for Entrepreneurs Tech Hub Network.

Comprised of seven hubs throughout North America, the network will support entrepreneurs and provide a stimulus for local economies. “We are honoured to be selected as the only Canadian member of the Google Tech Hub Network,” said Iain Klugman, CEO of Communitech. “There is a long history of collaboration across companies within the Waterloo Region, which Communitech has helped to foster. This network will allow us to collaborate with an entirely new set of partners, leading to more innovation and more successful startups.”

Google will support Communitech and the other hubs in the network both financially and technologically. Hubs will have greater access to Google experts and products, and will participate in a number of Google events each year.

More importantly though, the hubs will have access to each other with Google facilitating quarterly calls and bringing hub partners together in-person to share lessons learned and best practices.

Communitech is the regional hub for the commercialization of innovative technologies, supporting tech companies at all stages of their growth and development—from startups to rapidly growing mid-size companies and large global players. This has helped to create and support a tech cluster of 1,000 companies employing nearly 30,000 people in the Waterloo Region.

Google for Entrepreneurs Tech Hub Network is the first formal network of this kind in the world. “Google heard consistently from tech hubs that they wanted to be part of a larger network, to learn from each other and collaborate together on ideas. We are happy to facilitate that,” said John Lyman, Head of Partnerships for Google for Entrepreneurs. “Our team has been incredibly impressed with the great work these hubs have done in their cities, and are excited to partner with them to do even more.”

The other six hubs in the network include: CoCo in Minneapolis, MN; 1871 in Chicago, IL; Nashville Entrepreneur Center in Nashville, TN; American Underground in Durham, NC; Galvanize in Denver, CO; and Grand Circus in Detroit, MI.

Bringing together accelerators to share best practises isn’t exactly a new idea, but certainly with structure and money coming in from Google, this network should lead to some fruitful connections. Nevertheless, FounderFuel’s Ian Jeffrey and leaders at three other accelerators teamed up during Montreal’s International Startup Festival to put on Accelerator Rally. The full-day workshop attracted industry heavyweights like Paul Singh of 500 Startups and Eugene Chung of TechStars NYC, who both delivered keynote talks. Meanwhile panel and breakout discussions covered such topics as sustainability and management.

The next month in Vancouver, the GROW conference 2013 hosted its accelerator symposium, where Singh gave a keynote as well as LX Venture’s Mike Edwards. It was an invite-only gathering of leading accelerators from around the world to discuss best practices around the programs, fundraising, deal terms, processes and business models.

The Thiel Foundation has named 20 people into the 2018 class of Thiel Fellows, including three Canadian Fellows. The Fellowship program, which launched in…