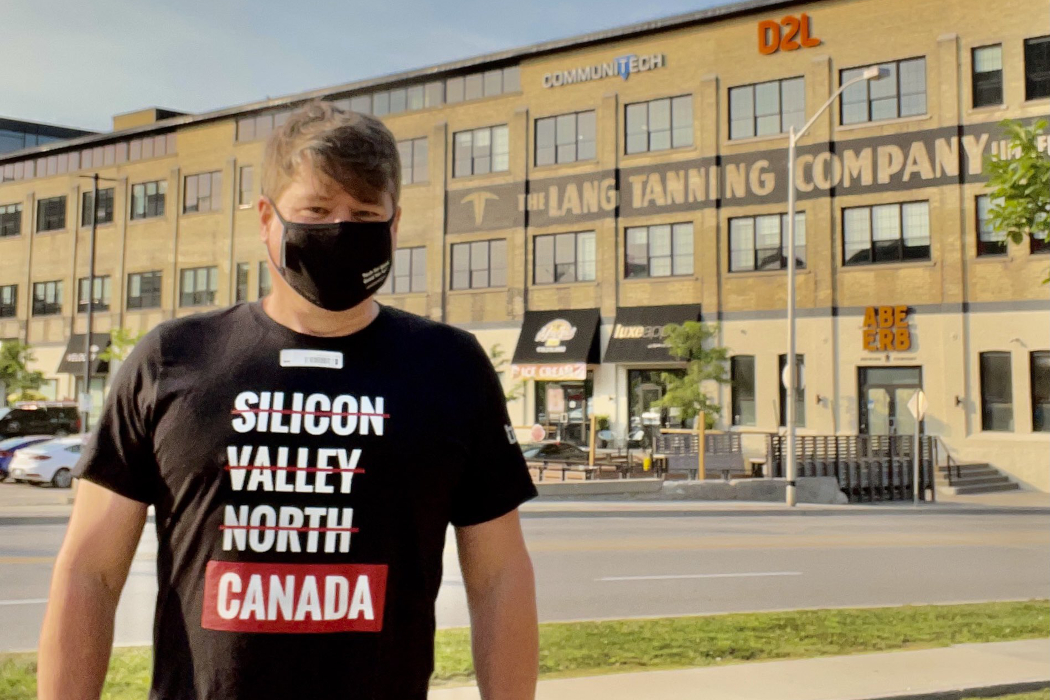 Don’t worry about the sound of my voice off the top; it’s actually a sign that nature is healing.

After three days of networking, interviews, panel discussions, and let’s say… teambuilding at SAAS NORTH, my voice is supposed to sound like this.

“We think we need to get to 14 $1 billion revenue companies.”
– Chris Albinson

It sounds like a pretty good time to be optimistic about Canadian tech. Chris Albinson, CEO of Communitech, certainly is.

The man has approved a pretty bold new direction for the Kitchener-Waterloo-tech hub, to expand operations beyond the golden horseshoe and across the nation. One might call it a True North Strategy.

Albinson talks to us today about the motivation behind the shift, and why now. The tone is pretty aggressive – it’s not often you hear someone in Canadian tech say ‘own the podium’ and then go hire the person that helped Canadian Olympic teams actually own the podium.

Where things get a little messy is where the True North Strategy gets tactical. But hey, that’s to be expected. Albinson has only been CEO of Communitech since April, and this new Strategy only kicked-off at Communitech’s AGM in September.

I would predict that there’s more to come from Communitech. But, for now, let’s dig into the new Communitech.

The BetaKit Podcast is sponsored by Silicon Valley Bank.
For nearly 40 years, Silicon Valley Bank has helped many leading innovators get their start.
Learn more about how SVB can help your business reach the next stage.
BetaKit · Communitech CEO Chris Albinson shares his plan to help #CDNtech own the podium

The BetaKit Podcast is hosted by Douglas Soltys & Rob Kenedi. Edited by Kattie Laur.
Sponsored by Silicon Valley Bank and Innovate BC.