Bring together 1,000 student hackers from 200 schools and 15 countries, and connect them with Y Combinator, mentors from companies like Facebook, Google, Shopify, Uber. Host them on the campus of one of the leading universities in the world (hint: the University of Waterloo). Generously feed them, supply with caffeine, and delight with therapy dogs. Give them 36 hours and see what happens.

Hack the North, Canada’s largest international hackathon, celebrated its second event at the University of Waterloo this past weekend.

The idea for Hack the North was born when Liam Horne, Co-Founder, and his friends participated in many large student hackathons throughout the US and wanted to create a similar experience in Waterloo. Last year’s inaugural event proved to be a massive success and this year the team raised the bar again.

Weren’t there and curious to see what it was like? Check out this video from our friends at Communitech:

“We didn’t expect Hack the North would have such a big impact on Waterloo Region. As we brought judges, mentors and students from all over the world to Waterloo, we heard comments about our region being a great place for startups. We believe that Hack The North can help make Waterloo one of the best startup communities in the world.”

Although this was just the second Hack The North event, there are already companies started from the weekend hacks. Eric Dolan built a smartwatch app for monitoring seizures at Hack the North 2014. His team won Pebble prize for the best smartwatch app and has received a lot of customer interest. As Dolan mentioned, “When you get emails from people saying they need what you are building, it’s a good sign.” Most importantly, Dolan’s team didn’t stop building, using the hack as a foundation of what today is Neutun Labs.

“This is probably our best success story of a team that continued building after the hackathon,” Horne mentioned.

Not surprisingly, Eric Dolan was back again this year, with another hack — ZenSync, a smartstrap for expecting mothers, and became a second-time Pebble prize winner.

Hack the North attracted both hackathon veterans like Dolan and first-timers, many of whom are still in high school or even middle school. One of the youngest participants, 13-year old Soroush Ghodsi, built an Oculus Rift — drone hack to simulate flying. Just imagine what Soroush will create next.

Outside of hacking, participants had access to many workshops throughout the weekend — from info sessions on various technologies and APIs hosted by sponsors, to the highly anticipated Y Combinator Panel on Doing Things That Don’t Scale.

Y Combinator Alumni from Teespring, Bannerman, teaBOT, Vidyard, and Pebble were joined on the stage by YC’s COO Qasar Younis as they shared stories from early days of building their companies.

#YCombinator grads on stage at #HackTheNorth to talk about their experiences in doing things that don't scale. pic.twitter.com/fhilq3QOLb

The most retweeted comment from the panel, as Y Combinator Partner Kathrina Manalac noted, was recommendation from Evan Stites-Clayton of Teespring to keep your first users very happy. This was followed up by a story of reprinting a large customer order in the early days of Teespring, something the company couldn’t afford at the time. As Evan mentioned, making that early customer happy was absolutely worth it.

For Kathrina Manalac, it was the second time at Hack the North. The Y Combinator team attended last year and was very impressed with participants and their hacks, so Waterloo was a great addition to the list of 6 campuses the YC team is visiting this fall. “Last year during our office hours we met a company called BuildScience, or Nest for large office buildings. They applied and got into Winter 2016 batch,” Manalac mentioned.

“We love Waterloo, we have so many great companies that come from here — Pebble, Vidyard, and many others.”

When asked about the piece of advice she shared with startups the most during her office hours, Kat mentioned talking to potential users. “It sounds obvious but this is something I have advised to many teams today. Before you build something, you should talk to 100 people you’d want to use your product.”

At the same time, Manalac shared what makes a great hackathon project. “Build something you are curious about. It doesn’t have to become a company, but it’s certainly a great way to meet people you’d want to work with in the future.”

After 36 hours of hacking and learning non-stop, students came to the closing ceremony tired, sleep-deprived, but still excited. Perhaps that was thanks to caffeine or just the contagious energy on campus.

Final hacks included hardware products like Wayst (smartbelt for cyclists) and Hamster Home (connected home for your beloved hamster), payment apps like PayMyFace (using image recognition to send money to friends), password manager Hash, and many others. In collaborative spirit of Hack the North, and since all 12 finalists showed impressive hacks, they were all declared winners.

To encourage teams to keep improving their hacks, Hack the North organizers will be awarding a unique prize to the team that shows most progress after the hackathon, getting access to a great selection of books, tools and learning materials as well as ability to attend any hackathon in the world.

Dear hackers, keep building and see you all at Hack the North 2016. 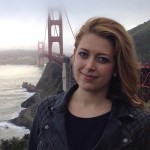 I work at Deloitte’s Digital Innovation Lab. It is an internal innovation group focused on development and adoption of emerging technologies. Outside of Deloitte, I host Product Hunt Toronto, one of the largest product events in the city and the very first Product Hunt community-run meetup in the world.

Google Canada is calling out to all those future artists aged K-12, saying that there’s not much time left. The application for submissions to…