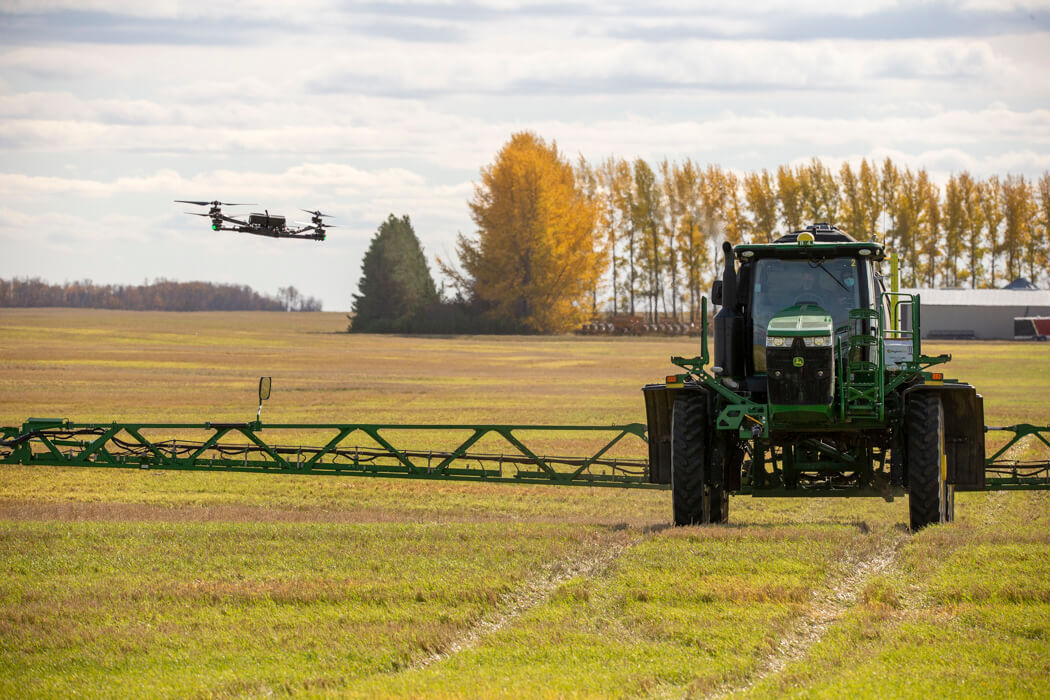 Today we talk to an AgTech company that is also kind of a cleantech company.

Precision.ai uses artificial intelligence and drones to reduce the amount of herbicide use in crop growing. According to CEO Dan McCann, herbicide spraying is a critical business process in farming that operates at a 90 percent inefficiency. It’s only been an acceptable loss to this point because there was no better way.

“In no other industry in the world should you have something representing 30 percent of your costs operate at something like an 80-90 percent inefficiency. It’s mind-blowing.”

Precision thinks it has a better way, which not only can save farmers a ton of money, but prevent literally tonnes of harmful chemical residue from touching our food or soil. It’s a cool innovation, impacting a critical industry, that also helps the planet. So why isn’t it everywhere?

As McCann explains in this episode, in Canada, it’s because of well-intentioned regulations that force companies like Precision.ai to get sponsored by the chemical companies they’re trying to disrupt in order to get on farms.

That seems sub-optimal, or in the words of McCann, “mind-blowing.”

The federal government has revealed what the Canada Emergency Wage Subsidy (CEWS) could look like until the end of its tenth period in December,…