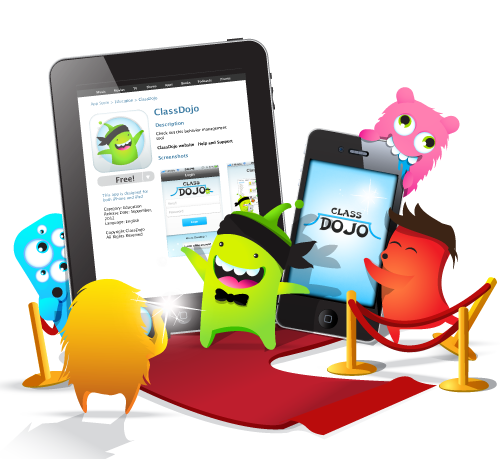 ClassDojo, a Silicon Valley-based education startup with over 17 million teachers and students using its platform, has officially launched in Canada. In a release, the startup calls itself the world’s fastest growing education startup.

Teachers and students in more than 120 countries are using ClassDojo in English but the Canadian launch (in both english and french) marks the first time “teachers outside the U.S.can use ClassDojo in their native language” to help develop their students’ behaviours and character strengths.

ClassDojo is a web and mobile service for teachers to help them improve behaviour with their students. Teachers simply sign up on the user-friendly platform (the design really is visually appealing) and can add their class lists while selecting which “positive behaviours” they want to develop. Also, the one-eyed, alien/monster mascots that are seen all over the platform are pretty cool-looking.

Teachers can easily reinforce the selected behaviours by giving students feedback points in real time, using a laptop or mobile device. When feedback is given, a visual and auditory cue is triggered that notifies the student of their progress. These feedback points are automatically stored, analyzed and collated into progress reports that teachers can share with other teachers, administrators, parents, and students. Theoretically, companies can actually use it too if a CEO wishes to give positive feedback to team members in real time (at the risk of treating his/her employees like children, of course).

“Building positive behaviours is shown to improve a child’s academic and lifetime outcomes,” said ClassDojo’s Sam Chaudhary. “Our goal is to help teachers address this ‘other half’ of education that goes beyond test scores, towards helping students build positive behaviours for learning, and helping them become well-rounded individuals.”

While it always sounds fishy for a company to deem themselves the “world’s fastest” anything, ClassDojo’s numbers seem impressive. The startup says that since its launch in July 2011 it has become the world’s fastest growing education startup, growing from 3.5 to 17 million teachers and students using the service in he past year alone. The tool has seen “viral success” with teachers across the globe using, recommending and sharing the platform. The growth is “unprecedented” in education technology and “highlights the demand by teachers for a solution to behavioural development in their classrooms.”

ClassDojo’s co-founders, Chaudhary and Liam Don are former teachers and education technology PhDs, respectively. The pair has been vocal about having teachers guide the company’s product development from the start. The platform’s added language support was spearheaded by groups of teachers using ClassDojo internationally, who were eager to translate the site into their native language.

ClassDojo was initially funded by the incubator ImagineK12 and is backed by investors Paul Graham, Mitch Kapor, Jeff Clavier, Ron Conway, Yuri Milner and others.

The company reiterated that today’s launch furthers ClassDojo’s mission to help students all over the world develop the behaviours and character strengths “they need for academic and lifetime success”, in and out of the classroom.