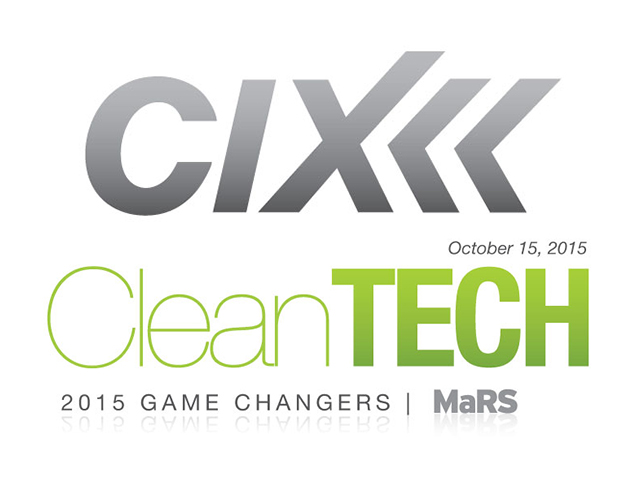 Today, CIX Cleantech announced the 10 most disruptive Canadian clean technology companies chosen to present at the CIX Cleantech: 2015 Game Changers event at the MaRS Discovery District. The event will be hosted by MaRS Cleantech and Achilles Media, organizers of the Canadian Innovation Exchange.

The top 10 companies were spread across Ontario, Quebec, Alberta, and British Columbia. The west coast had a great presence on the list with multiple west coast startups, including Neurio Technology and Nexterra Systems Corp. from Vancouver, Nsolv Corp. and Questor Technology from Calgary, and SWITCH materials from Burnaby, B.C. Toronto was also a strong contender with three startups including Hydrostar, Morgan Solar, and Nanoleaf; Opus One Solutions, from Richmond Hill just outside of Toronto, was also included. Montreal-based CoPower Inc. represented the Quebec region.

Open to early and mid-stage innovative Canadian cleantech ventures, the Top 10 Showcase companies were chosen based on their demonstration of excellence in innovation, cleantech solution, growth potential, competitive advantage and strength of business model.

The showcase will take place on October 15th, where startups will present their products and services to over 300 investors and cleantech enthusiasts. The event will also include interactive sessions from Canadian cleantech investors, business leaders and entrepreneurs.

This weekend, while celebrating Canada Day with family and friends, and in the midst of a constant stream of news about a growing trade…