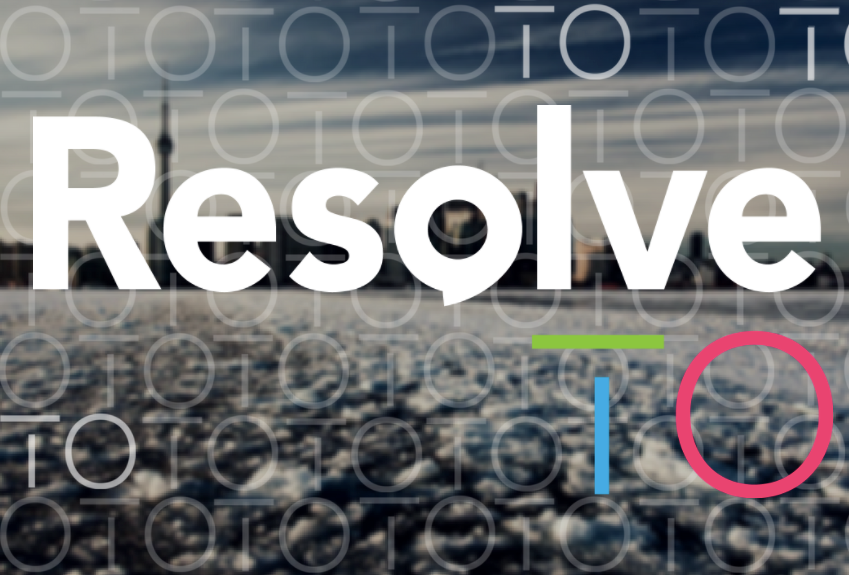 New details have emerged about ResolveTO, the new Toronto event taking place January 25-27, organized by the same team that brings Canada to Montreal for Startupfest every year.

Whereas Montreal’s Startupfest is a big tent startup event, ResolveTO will focus on enterprise and connecting startups with corporate partnerships. The reason? “Enterprise is now adopting startup mentality, and running an event in Canada’s corporate headquarters makes it a natural fit for us to invite the corporate innovation community to join us for an authentic get together with startup innovators,” Philippe Telio, founder of both Startupfest and ResolveTO, told BetaKit.

To that end, one of the major components of ResolveTO will be what it’s referring to as “speed dating” zones, where organizations can invite startups to meet up and collaborate. ResolveTO will feature about 15 zones in all, each with a different focus to compel entrepreneurs and startups.

“Some will focus on early stage startups looking for funding or acceptance into an accelerator,” said Telio. “Others will be corporate zones, with challenges being offered to later stage startups. The overall goal is to open dialog between corporate innovators and startups, all while offering true and tangible value to extract from these meetings.”

The first zone announced is the “Corporate-Startup Connection Zone” curated by Highline BETA. With a focus on FinTech, insurance, and media, startups will have 10-20 minutes to pitch to what Highline calls the leading corporate innovators in Canada. In addition, Highline BETA has committed to investing a minimum of $25,000 in one of the startups that pitches in the Corporate-Startup Connection Zone.

Telio also told BetaKit that they are partnering with the City of Toronto for ResolveTO. While details of the partnership have yet to be announced, a statement from Toronto Mayor John Tory spoke to the potential of having the right event at the right time, in the right city.

“Toronto is leading the charge to create a truly innovative hub in Canada. The talented individuals who are creating new ideas and new industries have a world of options in front of them. To keep them here, to benefit from the wealth and jobs they create and the ideas and industries they spawn, we are taking action,” said Mayor Tory. “ResolveTO will bring together the most influential minds in startups and business from around the world to Toronto to consider starting up here, investing here, and creating jobs here.”

FreshBooks raises “most significant investment so far” from JPMorgan Chase

Toronto-based cloud accounting software FreshBooks has announced that JPMorgan Chase & Co. has made a strategic investment in the company. The investment amount was…