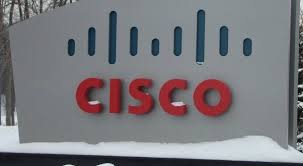 In early September I wrote a feature for the Financial Post, basically trying to say that Cisco has a lot of money north of the border, and the possibility of them investing in Canadian tech is high. At the time, Round 13 Capital partner John Eckert told me that Cisco “truly believes in the Canadian technology industry…they understand it’s very vibrant, they have operations spread out throughout southern Ontario and they have plans to expand.”

Nothing much happened since then but today Cisco Canada and Ontario premier Kathleen Wynne announced an potential total investment in Ontario-based tech innovation of up to $4 billion, including $2.2 billion in salaries alone.

Cisco and the Province of Ontario have signed a 10-year agreement.  Under the terms of the agreement, the American multinational corp wants to add up to 1,700 high tech jobs in the province, with a focus on R&D within the first six years. The agreement also includes a framework with the potential to grow Cisco’s total Ontario employee footprint up to 5,000 by 2024.  The Province of Ontario will provide up to $220 million in support of the total initiative.

“Today marks a significant milestone for Cisco Canada and Province of Ontario. This announcement builds on our existing partnership and our mutual commitment to drive productivity and create new economic opportunities through innovation,” said Cisco Canada’s Nitin Kawale. “Together with the Province we will create, high value jobs that will stimulate the economy. This initiative will also ensure that Ontario continues to be a leader in the information and communications technology industry, with a vast talent pool representing the country’s next generation of innovation.”

In a statement Wynne said her government’s plan to grow the economy is “focused on smart, forward-looking investments that build on Ontario’s strengths.”

“Today’s announcement is about supporting our talented technology workers. Together, we’re going to show the world what Ontario can do,” said Wynne.

While the Ontario news is interesting, no doubt the Canadian VC community is still eagerly courting Cisco’s money as a potential limited partner investor. I haven’t heard anything lately but that certainly doesn’t mean plans aren’t already in place.