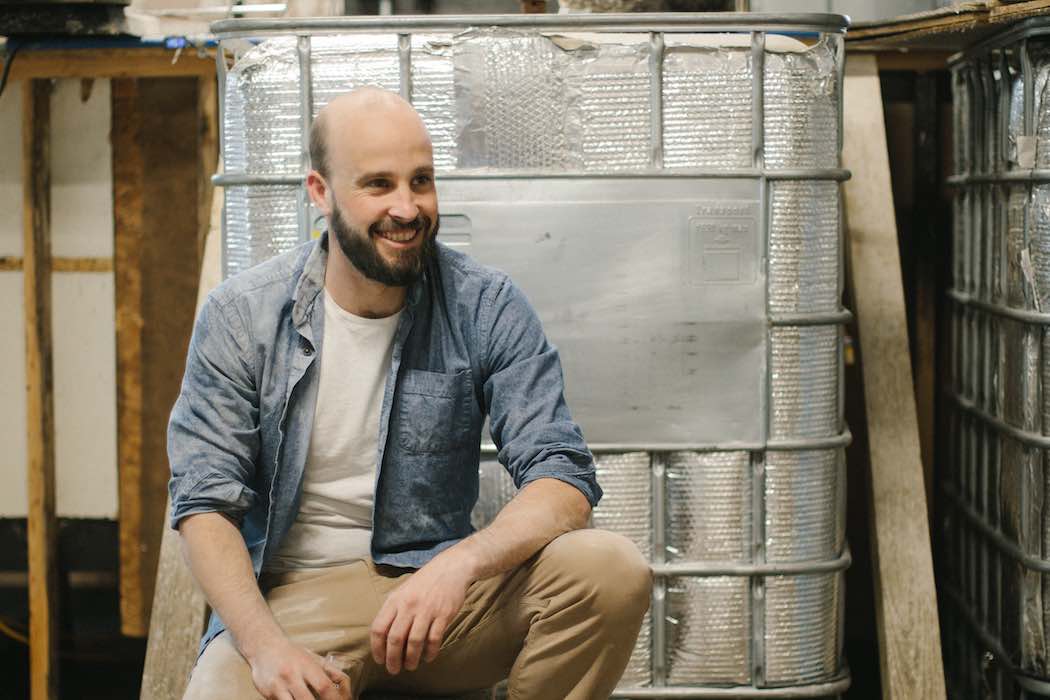 As part of a regular series powered by Dell Small Business, BetaKit asked business leaders to share their experience starting a business, and how their solution is disrupting an industry.

Despite the growing popularity in ridesharing apps and bike-share systems, a car is still the most popular way to get around in Canada. According to Stats Canada, four out of five Canadians still drive to work.

Rover Parking, the self-proclaimed Airbnb of parking, has leveraged the evolution of mobility and the popularity of driving to create a platform that helps people find affordable and convenient parking. Rover helps drivers find parking spots and provides home and lot owners with extra cash. Rover is available in Toronto, Ottawa, Calgary, Edmonton, and Montreal.

Though smart cities are still in their infancy, CEO Tim Wootton thinks it’s the perfect time for Rover to disrupt the urban planning process. BetaKit sat down with Wootton to talk about how Rover is helping people efficiently move around their city.

It was a personal experience that gave Wootton the idea to start Rover in 2014. As a driver himself, the CEO often noticed that he was paying for expensive street parking, often across the street from empty driveways.

Rover could not have existed 10 years ago because people weren’t using mobile tech in their everyday lives as much as they are now.

“I like the concept of making use of an under-utilized asset,” Wootton said.

Think of Rover as a marketplace for drivers and parking spot owners – home, condo, and lot owners can list their unused parking spots on Rover to make extra cash. The company recently implemented technology that also lets drivers open parking garage doors with a button in the app.

Rover’s success relies heavily on advancements in mobile technology. Wootton said Rover could not have existed 10 years ago because people weren’t using mobile tech in their everyday lives as much as they are now. Today, people rely on their phones to wake up, get around, and do their jobs. It’s no wonder Wootton and the Rover team are betting that people will also rely on their phones to find convenient and affordable parking.

Wootton emphasized that “design in the front end and simplicity in the back end is so important. How do we make this as simple as possible?”

When a user loads the app, they are immediately greeted by a search function that asks, “Where are you heading?.” The tool allows users to search the Rover app for parking as if it’s searching Google Maps. A city, street corner, or specific location search presents the user with a map of parking results. In the back-end, it’s all about data organization; the parking spots, availability, pricing, pictures, etc.

Wootton said the Uber and Airbnbs of the world blazed the trail for marketplace businesses, not just through technology, but also through regulation and public acceptance. “It would have been a lot more difficult without them,” Wootton said.

Many of us could not have imagined staying in a stranger’s house or driving a stranger’s car 10 years ago, but today’s sharing economy makes apps like Rover seem like common sense.

Wootton said he didn’t start with a background in technology. After completing his MBA, he started working for one of his professors who had just started a company and got them accepted into the DMZ, Ryerson University’s business incubator for early-stage technology startups. That’s where Wootton eventually met his co-founder and CTO, Andrew Holbrook. The pair later partnered with Grant Brigden on the marketing side, and their team of six has pretty much stayed the same since the company started.

Wootton said mobile tech is at the right point for a real-time platform like Rover. While the company is constantly testing and improving features, it never over-engineers until the team knows what people want. Wootton noted that startups often build “too many features based on what they think people want.”

Rover tests proof points before building anything new, like its communication tool within the app. “When we first started texting customers,” Wootton recalled, “staff were literally texting from their personal phones.” The CEO wasn’t convinced that users had quite come to grips with communicating with businesses through a personal platform like text.

But, it turns out, a personal experience is exactly what customers want. Today, Rover uses a messaging tool called Heymarket to handle its tech-space customer service. Wootton added that Rover’s customer service is, and always will be, a top priority.

Today, Rover is available in five cities and will launch in Vancouver in the fall. The first and most difficult step to launching in a new city is getting people to put up their parking spots.

Wootton said home-owners are worried that they won’t be able to get their spots back if and when they need them. What if a user just doesn’t move their car? Wootton said there’s a risk involved in participating in any shared economy: an Airbnb guest could smoke in your house; an Uber rider could get sick in your car. Wootton said putting up a parking spot is probably one of the least risky ways to make extra money.

While Rover waits for homeowners to get comfortable with strangers using their parking spots, the team has successfully focused on commercial buildings and business lots. A lot of the spots go unused, especially during non-working hours and weekends, a gap which Rover has capitalized on.

When asked how the next big tech trend will impact Rover, Wootton said electric vehicles (EV) are already impacting the way they work. The company has already partnered with Montreal-based ChargeHub to help EV drivers find charging stations. And even though the service has only been used a couple of times, Wootton believes an increase in supply will increase its usage.

Wootton also pointed to scooters and e-bikes as the next trend in tech-driven mobility. Watch for parking lots to be repurposed, especially in dense urban areas. “It’s exciting to see the way people are moving in the mobility environment,” Wootton said. “We’re making everyday movements easier.”

Founder and Editor-in-Chief of Pressed News, a digital media company that makes the news easy to understand. Follow on Twitter @jacquelinegyl.

Tim Cook is a big fan of Shopify! Toronto made the shortlist for Amazon’s second headquarters. The New York Times is writing about Canadian…