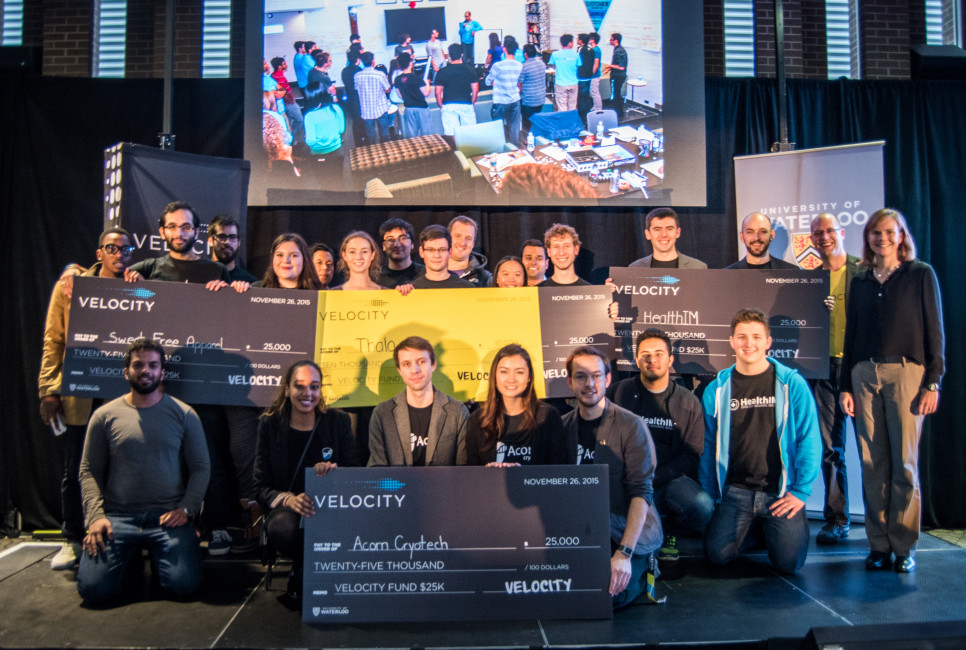 Thursday was a banner day for the team at University of Waterloo’s Velocity program. First, it announced an expansion into some of the former Google space at the Tannery Building in downtown Kitchener. Google has moved into their swanky new office a few streets down and that has opened up the opportunity for the Velocity Garage to expand to 36,000 sq feet. The additional room will allow the now separate software, hardware, and life sciences programs to move into one space. What followed was Velocity’s quarterly Fund Finals pitch competition.

As usual, the day began with ten pitches in the Velocity Fund $5K competition. Best Pitch went to Finuvo, while Most Innovative was awarded to BioFlex Implant, and finally, Hash walked won the hearts of the crowd with the People’s Choice prize.

Once upon a time, the rich and famous sought to preserve themselves for advances in medicine by cryogenically freezing their heads after death. Acorn Cryotech wants to make it easier for the rest of us (and without the whole dying thing), providing on home kits to allow you to collect cell samples at home and then have them stored for future use. The company walked away with $25,000 for its pitch.

We’ve all had to angle our phones in the sun to find the right angle to read. THALO is pushing forward with a new reflective display technology that tells the sun to take a walk. In addition to a $25,000 prize, THALO also took home the $10,000 hardware prize.

Gillette may have coined the slogan “Never let them see you sweat,” but it’s Sweat Free Clothing who is making it a reality. The company is creating undershirts that block sweat stains from appearing, which earned them a $25,000 prize. Now, if only someone could figure out a way for us not to get deodorant on the outsides of our shirts.

Public awareness of mental health issues is rising. HealthIM has designed a system to help public safety and law enforcement officers connect with mental health professionals. The goal is to make sure police have the right information to help them assess and support in the best way possible; the company now has $25,000 to help make it happen.

The next Velocity Fund Finals will be in March 2016 – check out the Velocity site for more info.

With its eye on IBM’s AI XPrize, Dataperformers wants to democratize AI for enterprises

On the ground floor of the old Redpath sugar refinery on Montreal’s Lachine canal, an informal coworking space has brought together a fascinating collection…