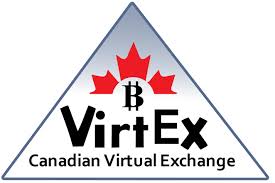 The contest runs online until Thursday, August 14, 2014 and will reward the top five ranking entries with a percentage of the Bitcoin prize pool, which continues to rise in value.

It comes at a good time too, as different articles in the media reveal governing bodies making heavy-handed conclusions on the cryptocurrency, while other pieces try to explain its modern value in the midst of misunderstandings.

The #lovebitcoin contest encourages Bitcoin users and enthusiasts to upload a video on Instagram or YouTube and creatively express why they love Bitcoin. CAVIRTEX Organizers said the goal of the contest is to engage and reward Bitcoin’s passionate and diverse community while educating the world about one of the “most impressive innovations of our time.”

The Bitcoin prize pool is a public address that is open for sponsorship and continues to increase in value. The prize pool is currently over 5 BTC, which is worth nearly $3,200 Canadian dollars.

The #lovebitcoin contest winners will be rewarded as follows:

Also up for grabs is two Limited Edition Trezor Wallets that are currently unavailable on the market, thanks to Trezor, the Bitcoin Hardware Wallet.

All you have to do is upload a video to YouTube or Instagram and explain why you love Bitcoin, along with the #lovebitcoin hashtag.

Meanwhile for the Trezor Bitcoin wallet prize, potential winners need to upload their video and tweet the link with the #lovebitcoin hashtag and mention @BitcoinTrezor. The tweet with the most retweets will be rewarded