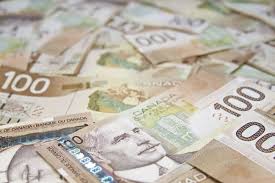 Ahh Q1- the fresh new beginnings of the year, when the snow melts and the Maple Leafs’ playoff hopes shatter before our very eyes.

But in venture capital, Q1 also gives us a glimpse into how the year may play out in terms of performance. (Of course there’s always huge outliers that end up changing the entire year’s numbers, like when Hootsuite raised $165 million in Q3 of 2013, thus rendering the first half of the year relatively unpredictable).

Clementia secured $22.5 million in a Series A financing round, led by OrbiMed Advisors, with participation from existing investor BDC Venture Capital. Venture-backed since 2012, the startup is engaged in the development and commercialization of treatments for rare diseases.

A provider of geospatial information management solutions to utilities and other sectors, Geodigital raised US$11.3 million. The source of the investment was not identified. Geodigital has been a portfolio company of NGP Energy Technology Partners and other firms since 2010.

Slyce secured $10.75 million in its latest financing, led by Beacon Securities. Other investors in the deal included PI Financial, Salman Partners, Harrington Global and AlphaNorth Asset Management. Venture-backed since 2013, other backers of the startup include Podium Ventures. Slyce is a visual product search platform targeted to retail businesses.

Video: What Will Slyce Do With $11 Million?

Zenith, a developer of new drugs through its proprietary epigenetics platform, obtained US$8 million in seed funding from Eastern Capital and NGN Capital. The startup emerged in 2013 as the result of RVX Therapeutics‘s spinout from Resverlogix, a Calgary-based life sciences company that is also backed by NGN and other investors.

You and a team of strangers on a bus for seventy-two hours on the way from Toronto to SXSW to launch a startup. This…