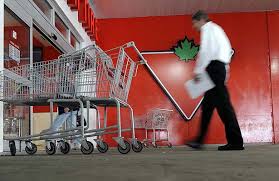 “One of the most advanced centres of its kind in North America, the tour will showcase the 28,000 square foot site, which houses a digital content warehouse, application lab, testing lab and high performance data centre. It will serve as the core digital hub for the Canadian Tire Family of Companies.”

Next Tuesday April 22 Canadian Tire will hold a one-hour media tour at the new centre.

This type of news coming out of Canadian Tire, the 92-year-old company once just known for selling tires, isn’t completely surprising. Over the past two year the company has made its intentions known as they pertain to innovation in Canada. About 13 months ago, the giant Canadian retailer set up shop at Kitchener-Waterloo’s Communitech Innovation hub, home to over 100 startups and small businesses.

In 2009 the company ditched its online shopping portal because of low productivity. However, at a Montreal pitching event in October, Canadian Tire’s Craig Haney, an executive with the company who works out of Communitech, did say that Canadian Tire would roll out an ecommerce strategy in November.

It’s clear that Canadian Tire has been making a bet on startup innovation, and now with its cloud computing centre and “app factory”, it will be interesting to see just what’s behind the Canadian giant’s ultimate plans.

Photo by the Toronto Star

Ask an Investor: What are the different types of investors?

VC, angel, strategic investor; these terms and more are thrown around as if we all understand what they mean, but that isn’t necessarily the…