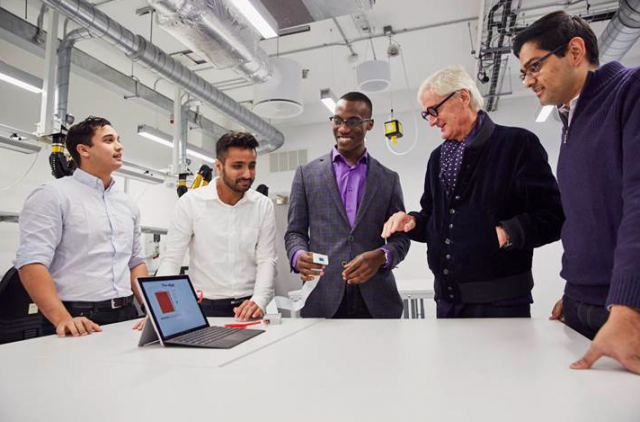 A Canadian team was won the international James Dyson Award for the second time since the competition’s inception.

The 13-year-old design competition was created to celebrate the work of current and recent design engineering students. This year, a team of biomedical and electrical engineers from McMaster University won for their handheld device, the sKan, which diagnoses melanoma. The team received a prize worth $51,000 for their device.

The first Canadian team to receive the award was Waterloo-based Voltera for its V-One project in 2015, a custom circuit board printer that turned files into prototype circuit boards within minutes.

The Hamilton-based students have estimated that their technology will cost less than $1,000.

According to the creators of the sKan, other thermal imaging techniques for melanoma diagnosis do exist, but they use high-resolution thermal imaging cameras that are expensive. The Hamilton-based students have estimated that their technology will cost less than $1,000.

The winning team was inspired to develop this technology based on a few key facts: melanoma is one of the 10 most common cancers diagnosed, an estimated 1,250 lives are lost to melanoma every year in Canada, the median wait time to see a specialist is 20 weeks from referral to treatment, and the patients who do not get a biopsy have an increased risk of missed detection.

Cancer cells are said to have a higher metabolic rate than normal cells, which means they release more heat. The sKan uses temperature sensors on areas of interest to track temperature variation, and this information is then displayed as a heat map showing the presence — or lack of presence — of melanoma.

The sKan team met with James Dyson at his headquarters in the UK last week to speak with Dyson engineers about their project.

Vancouver-based FinTech Lendesk has announced Rock Holdings, the parent company of US-based Quicken Loans, has acquired a majority stake in the company. The financial…