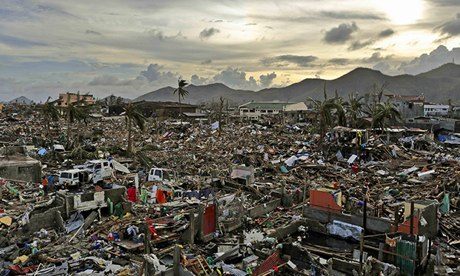 Update: A Thinking Ape (ATA) has raised $100,000 for the Red Cross. “The generosity of our gamer communities never ceases to amaze me,” said game designer, Tayber Voyer. “It’s really inspiring. They want to do what they can to provide some comfort to those affected by the typhoon.”

Vancouver-based social games startup startup A Thinking Ape (ATA) has donated revenues from two of its games to victims of Typhoon Haiyan after a 24-hour period that ended last night at midnight.

ATA created such popular mobile games as Kingdoms at War, Gangs at War, Party in my Dorm, Future Combat and The Meego. Between Saturday morning at 12:00 am and last night at 11:59 pm, all proceeds from the sale of “Health Crystals” in Kingdoms at War, and “Doctor’s Notes” in Party In My Dorm. Kingdoms at War is one of the highest-grossing games in the Apple App Store.

“The idea came from our game communities,” said game designer Tayber Voyer. “They rallied together to raise money when the earthquake hit Japan last year. Now they want to do what they can to provide comfort to those in the Philippines and abroad who’ve been affected by the typhoon.”

Typhoon Haiyan, The Phillapines second deadliest typhoon on record, has dissipated, although the effects of the ferocious storm are still being felt. Nearly 4,000 people have been killed and 11,000 left homeless as a result of the thirtieth named storm of the  2013 Pacific typhoon season.

Canada has been swift to act in the name of aid, sending 200 Canadian Forces personnel to the Philippines to clear debris, escort humanitarian convoys and help prevent the spread of disease among the thousands displaced by the typhoon. Moreover, Citizenship and Immigration Minister Chris Alexander told CTV that his department is fast-tracking hundreds of visa applications, and that number could rise as more people affected by the storm are identified. The Phillapines is expected to be one of the top countries of origin for immigrants to Canada next year, and a current backlog of applications to the live-in caregiver program is expected to jump up to 17,500.

ATA, meanwhile, is trying to do their part on behalf of the Canadian startup industry. Cofounders Wilkins Chung, Kenshi Arasaki and Eric Diep are University of Waterloo and Calgary grads, with experience working at Amazon and Facebook. They founded the “small yet driven team that is dedicated to building strong mobile communities.” BetaKit reporter John Gray wrote a piece about the cofounders in late September: check it out here.

Donations collected will support the Red Cross and provide urgently-needed services to communities affected by the disaster. Previously I thought the amount of funds the startup could raise would be “in a 24-hour period at most…in the low thousands, and at this point its agreeable that anything helps.” It turns out that I was way off the mark: the $100,000 raised for Red Cross was both beyond what we expected and very inspiring.

Cheers to a bunch of Canadian geeks out of Vancouver for helping a good cause in a selfless way.

When large companies want to innovate and build an entrepreneurial culture, one of their first stops is to the local startup community. Whether it’s…