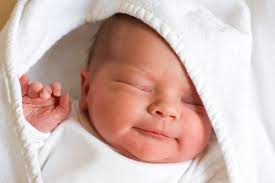 It could be described as funny, interesting or outrageous, but this story of a Canadian man asking the Internet to name his yet-to-be-born daughter is certainly a unique one.

As Fast Company reported, a man named “Stephen” (not the first Canadian with that name to make utterly poor decisions) took to reddit to announce NameMyDaughter.com. Amazingly, his wife is game.

Also known by his user name “DigitalGecko”, Stephen wrote in his original post “As for the obvious question – No I am not crazy, I have been tested! Feel free to pass it around and don’t forget to come back and vote for your favourites.”. The title of the post is “IAmA Crazy man trying to let the internet name my daughter… Yes my wife knows“, and was let in the “Casual IAmA” subreddit, where pretty much anything goes as long as it starts with “IAmA”.

Thus far “CTHULHU” is in the lead for the most voted first name, having been voted for nearly 100,000 times. Users also voted “All-Spark” as the leading front-runner for the child’s middle name, with 58,007 votes.

Stephen wrote that ultimately he and his wife get to choose the baby girl’s name though (sounds crazy, I know!). The most normal name with the most votes so far is Amelia Mae.

The explainer box on NameMyDaughter.com is pretty funny:

Stephen seems to have a decent sense of humour revolving around the thing, and the fact that his wife is letting him do it is all the more incredible. Personally, I voted for “Streetlamp In-Da-Hood” for the future bundle of joy’s name.

In this series, brought to you by the Toronto-based native advertising technology company StackAdapt, you’ll join Vitaly Pecherskiy as he meets with top minds…