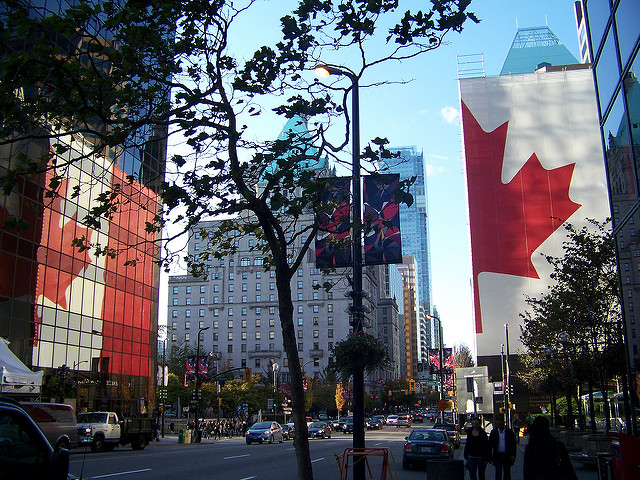 For many tech startups, getting that first big paying customer is both their biggest challenge and their most golden opportunity. A big client with a major brand name adds heft to your own brand – and of course, the revenue doesn’t hurt. Yet many Canadian startups avoid thinking about, much less pitching their innovation to, one of the biggest customers around: the federal government.

That would seem to be an unfortunate oversight, given that there is a government program that exists solely to grease the wheels for this kind of big deal: The Build in Canada Innovation Program. Prospective and current entrepreneurs on Vancouver’s tech scene huddled into a meeting room in Launch Academy on January 26 to hear more about the program.

Canada’s old procurement system was very conservative in that they only bought proven products, explained Tess Menges, supply specialist with the city’s office of small and medium enterprises. “Now we can be a first buyer and provide real-world feedback…the benefit to the government is that we get to try something new and experience what everyone else is talking about. The benefit to companies in Canada is to get their first sale with the government. You get experience with the procurement world.”

Menges acknowledged that many entrepreneurs have a perception of government as slow-moving and overly-regulated. While regulations are a fact, it’s also true that companies can get started with the program with a relatively quick electronic submission.

“Saying you worked with the government is valuable because with that credibility, you can sell to big brands.”

The program allows for the sale of innovative products and services — up to a $500,000 limit for each submitted new innovation. Thus far, the program has awarded 218 contracts with awarded value at over $78 million. While large businesses can apply, the program would seem tailor-made for earlier-stage ventures, since 96 percent of the contracts have been awarded to small and medium-sized businesses.

Participating companies target their innovation at a wide range of government departments, civilian or military (The funding limit for priority areas like national defense is $1 million).

“What are we looking for? Innovation that is commercial-ready,” Menges said. “You may have a company that’s been around for 25 years, but you have a new product that’s innovative and you have the ability to commercialize your innovation. When you’re applying, talk about the size of the market. A significant number of points are about the commercialization strategy, so try to give examples of potential buyers in the proposal.”

The program is meant for companies that haven’t had their first sale yet – but for companies on the verge of other good things, that’s not a major holdup. “The day you submit your proposal you have zero sales, but the next day you can do what you like and market and sell to others (and you would still potentially get into the program).”

Outside observers might think biggest advantage of the program is just the big chunk of revenue coming in for the company. In truth, the biggest value for the system is the ability to test out a product and then tell other big companies that your company has sold to the federal government of Canada, said MetaOptima Technology CEO Maryam Sadeghi.

The real value of the system was going to big companies and telling them our product is being used by the federal government of Canada. Their company went through the program and was able to work with the RCMP, testing out their smart skin analytics technology meant to help protect against skin cancer.

“Being able to say you worked with the government is hugely valuable — and worth millions — because with that credibility, you can sell to big brands,” Sadeghi said.

As with any other government funding mechanism for startups, some paperwork and reporting will be necessary, Sadeghi said. She put in more than 150 hours into management for it – said that it was worth it.