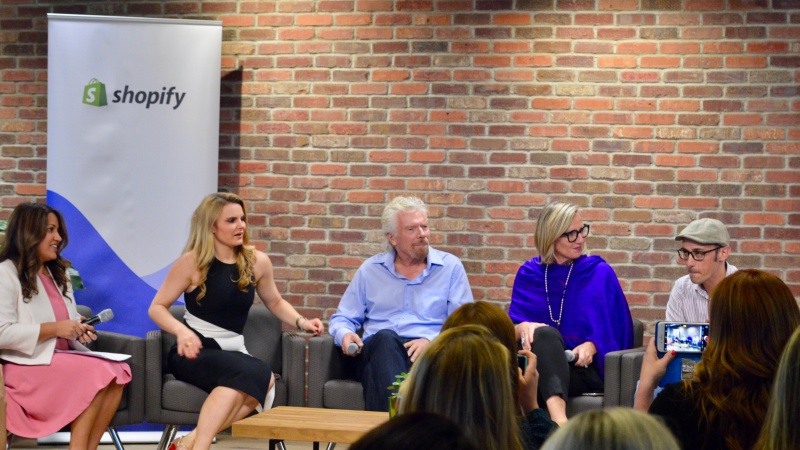 As the lack of representation of women in tech companies continues to be a major conversation in Canada’s tech community, many entrepreneurs have been stepping up to do something about it.

“I founded this initiative because I wish this program had been there for me as I was growing up in Trois-Rivières,” said Canadian Entrepreneurship Initiative founder Ruma Bose. “I see so much incredible Canadian potential that could be unleashed if our culture was more supportive of entrepreneurship.”

The Initiative will have an initial focus on supporting women-led enterprises through its Amplify program. Amplify includes a partnership with Clearbanc to provide preferential funding terms for existing women-led small businesses, giving 200 women-led SMEs provided access to an annual Shopify subscriptions, masterclasses from Virgin Startup, and a partnership with BlogHer.com to amplify these stories.

“I’ve seen through my own journey, from building companies to being a Dragon, that we need more support for entrepreneurs. They are the rock stars that will build Canada’s future and need to be celebrated,” said Michele Romanow, founder of Clearbanc.

During the panel, Lütke said that a majority of Shopify businesses on the Shopify platform are run by women, but the stores run by men are still more successful.

“What that reveals to me is that the difference is not in ambition… there’s simply a larger support network that’s available to men,” he said.

The initiative has also committed to generally support several programs for SMB growth, including increased access to online support and capital investment for small and medium-sized businesses. The goal is to act as a convening force to draw attention to Canada’s entrepreneurial story.

CEI has also opened nominations for its 100 fresh faces of Canadian Entrepreneurship, which asks local communities to nominate local business people that should be featured in its social media channels.