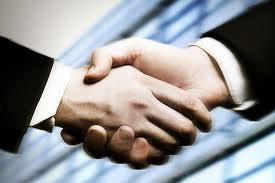 According to a new report by Ernst & Young (EY), the appetite for acquisitions is stronger in the US than Canada for the first time in two years. EY gauges the overall pulse of Canadian entrepreneurs and corporations every year based on their confidence in the economic outlook.

According to EY’s latest Canadian Capital Confidence Barometer, only one third of Canadian companies intend to pursue acquisitions within the next 12 months, compared to 41 percent in the US.

“There’s still an interesting ‘confidence paradox’ going on here. Canadian executives remain confident in the state of the global economy, and even more confident in the economy here at home,” said EY’s Tony Ianni. “But that confidence still isn’t translating into an uptick in transaction activity.”

And Canadians are certainly confident about their country’s economic future: confidence in the local economy continues to rise. 98 percent of respondents think the Canadian economy is stable or improving, up from 79 percent a year ago, and 85 percent just six months ago.

The deals, though remain comparatively elusive.

“A lot of things are fueling this paradox. Despite increasing confidence, Canadian companies either seem to be waiting for more favourable economic conditions, for the right deal or, in some cases, for someone else to make the first move,” said Ianni.

Interestingly, EY found that the 1,600 executives who answered the survey think that the size of acquisition deals will actually increase, representing a large shift from EY’s findings last spring.

“Nineteen percent of executives said they expect deals over US$1 billion,” said Ianni. “Just six months ago, no respondents expected any deals of that magnitude.”

Ianni said companies’ willingness to use debt and equity to fund deals is consistent with the perception that deals will shift away from smaller transactions.

Despite less interest in making deals, Canadian executives’ increased confidence in the local economy is driving other positive growth. Nearly half the companies said they’ll create jobs or hire talent in the next 12 months, up from 37 percent six months ago. And only eight percent said they would be reducing their workforce, down 5 percent from April 2013.

The take away? Canadian companies might be quietly building up their team business while remaining patient for a good exit. But how long should they wait?

Waterloo Region tech hub Communitech announced the launch of a conference focused on finding ways to establish tech as a force of good. True…