It’s easy to be anti-bank. The global financial crisis is not easily forgotten, and we are all now aware of the excess that exists in the sector. As a result, banks have been marked as the public’s most wanted for disruption and ‘Uberization’.

Disillusioned millennials especially are hoping that digital innovation – the ‘appification’ of financial services – can be the wrench that loosens the banks’ firm grip on the economy and levels the playing field.

In Canada, the public has a love/hate relationship with banks, aggravated by a relatively uncompetitive market in which consumers lack choice. Most major Canadian banks have very similar approaches to onboarding new customers and assessing the risk for lending products. It looks generic because it is generic, and Canadians are critical of this generic banking experience.

“Well, what can you do?” they concede when another fee is added or interest rates are cut. Whether it made sense or not, was fair or unfair, Canadian bank customers have felt powerless against it. However, now they’ve seen what their newly available choices and actions can do to established industries, they aren’t so forgiving.

Consumers expect more, are impatient, and according to advisory firm EY, nearly one in 10 Canadians are now interested in switching to FinTech solutions. This behavior is largely driven by ease of use and process. Just the fact that major advisory firms and analysts are tracking ‘FinTech adoption rates’ as a focus area is a telling sign of things to come for the financial services industry.

In the near future, consumers will likely be selecting banks for some products and FinTechs for others.

A Pandora’s Box has been opened in such a way that it’s not realistic for banks to expect to achieve a continuation of the status quo. Once consumers get a taste of a new, streamlined process they don’t look back. Banks should instead be thinking about how they engineer their systems to keep FinTechs independent and agile, while still having them serve as a working part of their own ecosystem.

To their credit, banks are not standing still. They have been setting up innovation labs and hiring millennial teams, putting layers of cool on top of years of legacy, fashioning real-time facades to put a shine on slow-moving processes. Many are investing in FinTechs, coming to the conclusion that they will need to work with them.

On the other side, FinTechs are beginning to realize customer acquisition in Canada is challenging and usually expensive. Canadian banks have a very strong brand, which FinTechs are envious of, especially when it comes to introducing new financial services products and concepts to the conservative Canadian market. This means they too like the idea of collaborating with banks.

FinTechs also need to be cognizant of tight and sometimes ambiguous regulation. Uber danced around regulation of the taxi industry, but financial services regulation is a very different beast. There are Criminal Code laws that FinTechs can’t just ignore – such as anti-money laundering legislation – and areas like corporate finance and securities where certain transactions require licensing.

Regulation doesn’t move at the pace of technology innovation, so FinTechs will need to at least meet the regulators half way, and will certainly need to be aware of the hard boundaries as mentioned above. In this case, banks have something the FinTechs don’t: teams of experts who can understand and interpret the regulatory frameworks for specific business models.

Most regulatory rules are not specific and definite, so it takes experts to apply the guidelines. To give an example, it’s the responsibility of the financial services provider to initiate a ‘suspicious transaction report’ when unusual activity is detected. If a person seems nervous and is unclear about the source of funds, a report can be filed. This is much easier in a physical transaction than a digital one. In a world of digital transactions, there is now a responsibility to thoroughly analyze a system, not just a customer, to catch attempts to game it.

The financial services industry is heading in the direction of mixed services. In the near future, consumers will likely be selecting banks for some products and FinTechs for others. In this world, banks have an opportunity to be pillars of trust and security by providing some of the underpinning capabilities for the industry. Bank brands can also be the umbrella under which these services are consumed.

This model would help Canadian FinTechs become stronger by keeping focus on their key strengths. The challenge, however, is in integrating banks and FinTech; an expensive and difficult task. Banks have layers of legacy systems with large teams supporting them. This translates to long and expensive meetings, which FinTechs find unpalatable.

ATB Financial, Alberta’s largest bank, appears to have recognized both the opportunity and the natural tension that exists between banks and FinTechs. As long ago as 2011 the bank had already migrated its legacy banking systems to a real-time digital core. This opened the door to a new world of speed and innovation that banks with legacy systems couldn’t get close to.

A recent example of how this is paying off — and how it has set ATB up for the digital future — came when the bank became one of the first in the world to send a blockchain payment overseas to another bank. For the uninitiated, the blockchain, originally created as a trading platform for Bitcoin, is a digital ledger that allows a network of computers to settle transactions almost instantly and with inherent security.

Working with a proof-of-concept created by the pioneering blockchain network Ripple (founded by a Vancouver developer but now technically a US company) and underpinned by SAP technology, ATB sent a payment to a German bank in around 20 seconds. This payment would typically have taken up to 3 days to process. Intriguingly, the proof-of-concept took only nine days to build. ATB is not just fooling around. The bank is serious about innovating, and innovating fast.

This will be seen as a big step forward at ATB, and a powerful demonstration of what digitally ready banks and FinTechs can do if they work together. Bear in mind, though, that while proof-of-concepts like this are interesting and exciting, there’s still a huge chasm between such experiments and full-fledged operation. ATB is under no illusion that the hard work and digital strategizing is behind them.

Canadian banks and FinTechs can work together to create an industry API that reduces the cost and time of the mundane integration and paves the way for innovation. Such an API would help create a globally competitive next-generation financial services industry in Canada.

They can be globally competitive together, rather than fighting over the relatively small Canadian market. They can jumpstart the growth and diversification of the Canadian economy, while taking on the world as ultra-powerful entities.

What would come out of this in the end is a bigger market, with a market share that more closely reflects what the players have earned their rights to. This is good for competition, innovation and consumer satisfaction. If the banks and FinTechs can learn to work together and create a digital ecosystem in Canada, the country can be a global leader in the next generation of financial services. 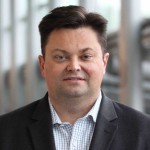