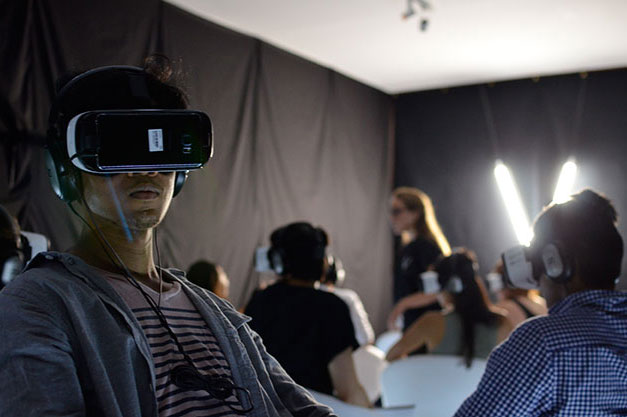 Audiences can purchase $20 tickets to the VIVID VR cinema, which includes three five to 10 minute virtual reality films that allow audiences to choose which narratives to focus on, making each experience different. The theatre uses the Samsung Gear VR.

“We’re really just excited to take audiences on that journey from day one. No one’s really figured out the best way to film this way. So these films aren’t perfect. But in five to 10 years, VR will be a central media form,” Ran Mo, one of VIVID’s co-founders, told NOW.

The films include The Visitor, an intense film where a young couple prepares for the woman’s greatest fear to arrive; Imago, shot from the perspective of a former dancer that can’t move or communicate but remains aware of her surroundings; and Sonar, a film about a drone that discovers a signal on an unknown asteroid.

The VR cinema is open until August 12.