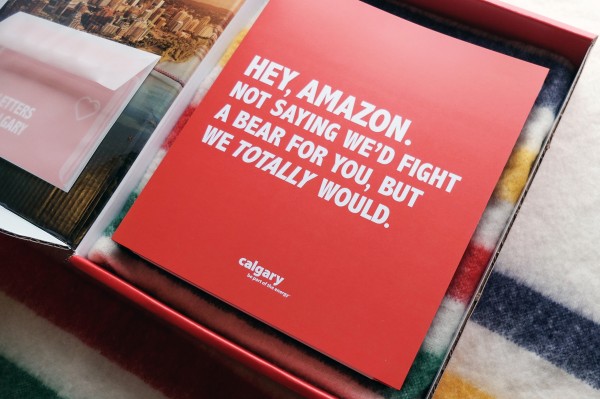 Amazon Web Services (AWS), the IT service management arm of tech giant Amazon Inc., is set to open an infrastructure region in Calgary along with the launch of a digital skills training program named AWS re/Start.

Alberta Premier Jason Kenney called the announcement “the single largest investment in the Alberta tech sector in history,” adding that it would provide thousands of jobs and billions of dollars in investment in the province.

“This long-term commitment from [AWS] shows that Alberta continues to emerge as a global leader in innovation,” he said.

The new AWS Canada West (Calgary) region is expected to open in late 2023 or early 2024, and bring more than 950 “full-time equivalent” jobs to Canada. The data centre will enable customers with data residency preferences to store data in the country while providing lower latency across Canada, as well as provide more flexibility to run applications across multiple regions.

The first AWS region in Canada was established in Montréal in 2016 consisting of three availability zones. An availability zone is a logical data center in a region available for use by any AWS customer.

AWS is estimated to invest over $21 billion CAD in Canada by 2037 through the construction and operation of its two infrastructure regions. This investment is expected to increase Canada’s GDP by approximately more than $39 billion over the same time period, according to the company.

AWS Canada West Calgary will also open three availability zones at launch, with each centre built with independent power, cooling, and physical security, and is connected through low latency networks.

Calgary has been active in getting Amazon to bolster its presence in the city for a number of years. When Amazon announced plans to build a second headquarters in Canada in 2017, Canadian cities across the country entered their bids to become the next place the global brand would call home, including Calgary.

The city launched an ad campaign to get Amazon’s attention, offering to fight a bear in a full-page ad in the Seattle Times, with then-Calgary mayor Naheed Nenshi calling the effort a “top-notch pitch.”

Amazon ended up choosing Crystal City, Arlington, Virginia as the home for Amazon HQ2, which is expected to be completed by 2025 and hire 1,900 new employees.

Although it maintained its station in the United States, that didn’t deter Amazon from expanding its presence in Canada. In June, the company revealed plans to hire 1,800 tech and corporate roles across its Canadian offices by the end of 2021.

This followed a commitment in September 2020 to create 3,500 new jobs at Amazon Vancouver and Toronto locations.

In August 2020, Amazon also opened its first fulfillment centre and second delivery station in Edmonton, which the company says has created more than 600 full-time jobs in Alberta. At the time, Amazon said it employs more than 2,500 full- and part-time employees throughout the province.

Amazon’s investment in Calgary comes as the city’s tech ecosystem has been growing steadily in recent years. Most recently that has been fuelled, in part, by government initiatives and local accelerator programs.

Alberta Enterprise Corporation (AEC) released a report in 2021 that found the province’s tech ecosystem is showing signs of momentum. Not only is the number of tech companies growing, the report also showed that the sizes of these companies continue to grow. According to AEC, almost 40 percent of local tech companies surveyed have revenues exceeding $1 million, a 66 percent increase since 2018.

“For years we’ve been talking about the emerging tech sector in the province of Alberta,” Doug Schweitzer, Alberta’s minister of jobs, economy, and innovation told BetaKit earlier this year. “I think we’re beyond that now. We’re at the point where it’s really maturing to the point where it’s sustainable.”