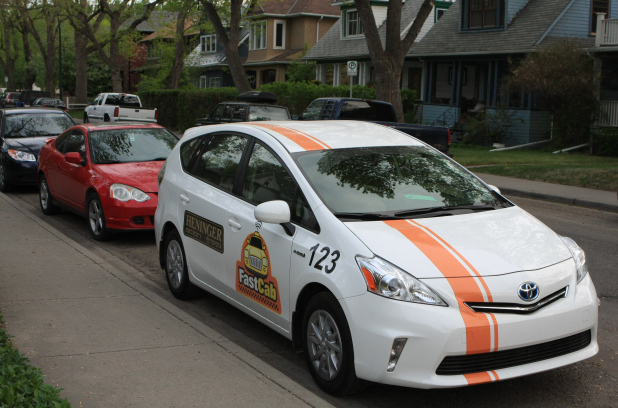 Thanks to the likes of Uber and Hailo, taxi hailing apps are nothing new. But a taxi hailing app that’s backed by its own fleet of cars? Well, that’s something different.

FastCab is a Calgary startup that launched a taxi hailing app in the first half of 2012, signing up cab drivers to use the service, just like Uber and Hailo. Now the company is branching out with its own fleet of taxi cabs.

The Calgary Metro reports that FastCab drivers will still use the app, but they’ll also be taking fares the old fashioned way – via dispatcher and customers flagging them down in the street. FastCab is aiming to launch its physical taxi service by August 1 and have a fleet of 50 cars on the road by the fall.

Unfortunately, Calgary’s problems with cab shortages aren’t so easily solved. Because the city limits the number of plates issued (according to Metro, it currently stands at 1,466), FastCab can’t just deploy 50 cabs. Instead, FastCab and its founder, Jeff Doepker, will be luring cab drivers from other brokers with the promise of equity in the company. A tempting offer when you look at the success of similar ventures.

Physical fleet or not, FastCab is excellent news for Calgary, a city untouched by Uber and Hailo. Still, having cars emblazoned with the company’s logo roam the streets of Calgary? Well, that’s just good for business, isn’t it?

Incubators, accelerators, venture capital, and pitch events all contribute to growing a tech ecosystem. But Girls Raising founder Vanessa Dawson has been critical of…