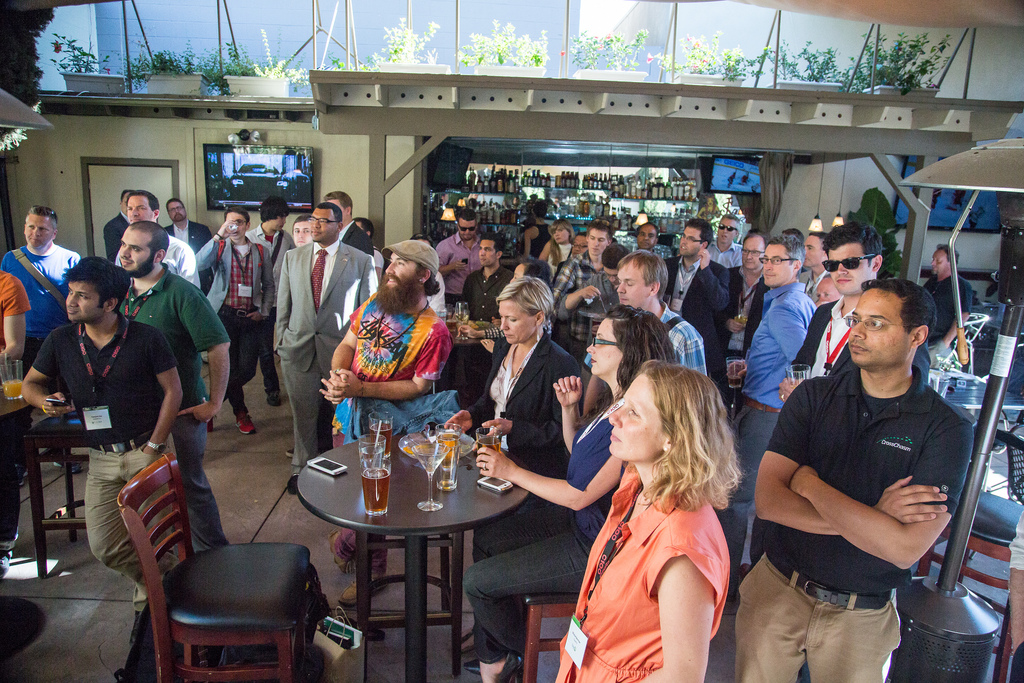 C100 organizes popular events for the Canadian entrepreneurial community, such as 48hrs in the Valley, where a number of chosen startups are flown to San Francisco to engage in two days of networking and workshops, as well as the ‘Accelerate’ series, or full-day education sessions in various Canadian cities.

Several of these funding rounds were reported here on BetaKit throughout the year. Some of the larger rounds seen this year were Hootsuite’s $165 million series B round, Shopify’s $100 million series C, Beyond the Rack’s $25 million series C and Thalmic Labs’ $14.5 million series A round. 500 px raised $8.8 million in August and promptly brought on a few Canadian tech veterans in Patrick Lor and Andy Yang.

C100 also reviewed their biggest events of the year, including:

CEO Summit: On May 2, 2013, the C100 brought together a small, hand-picked group of Canada’s top growth-stage tech CEOs with some of Silicon Valley’s most successful CEOs.

Accelerate AB: Accelerate Alberta brought the tech world to Calgary on July 10th and 11th, 2013. The goal of AccelerateAB is to put Alberta’s leading tech entrepreneurs front and center and turn as much of the program time as possible over to our startups.

GROW: On August 14th-15th, the C100 headed to Vancouver for GROW, created by C100 Charter Member Debbie Landa. Over 1,200 tech executives, founders and investors came together.

48hrs in the Valley: The C100 welcomed 16 top Canadian companies to the Valley December 2-4 for the final event of the year.

Raising a round of funding is one of the most time-consuming and stressful processes for a founder. During a recent TechTO event, #paid CEO…