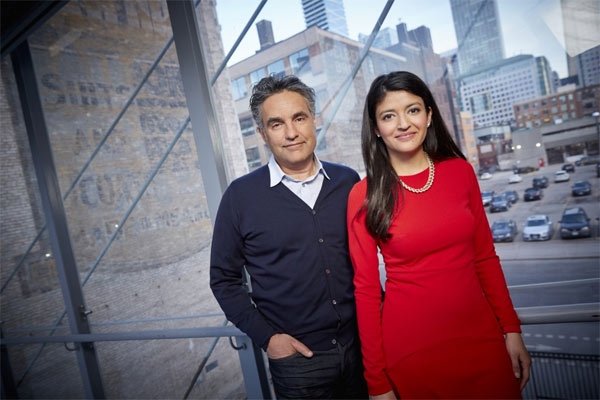 Fintech startups in Canada are starting to show that they can be major players in an industry dominated by traditional financial institutions. From Mogo securing a $200 million credit facility, to Sensibill adding key executives to their board of directors, Canada’s fintech startups are proving they’re a force to be reckoned with, and big banks are taking notice.

In this week’s episode of The Disruptors, co-hosts Amber Kanwar and Bruce Croxon talked about CIBC teaming up with fintech startups. “The bank’s CEO seems keenly aware of the risks of going extinct, telling the Globe and Mail that the corporate world is strewn with companies that have failed because they didn’t adapt,” said Kanwar.

Major banks are already taking steps to prevent their demise. In the past, CIBC has launched an innovation hub in MaRS, while TD announced an exclusive partnership with Flybits.

“The tide has turned on them,” Bruce Croxon added. While these banks aren’t going anywhere anytime soon, startups pose a real threat should banks choose not to embrace innovation. “There’s lending, money management, payments, digital wallets. They are right to be getting out of the tower and onto the street because that’s where they’re losing their business.”

When Kanwar commented that fintech companies seem to be moving slowly, and there is no distinct top player in this industry, Croxon said that it’s bound to happen eventually — just not so quickly. “We started talking about it five months ago, give ’em a chance! It’s happening. Trust us.”

Disclosure: BetaKit is a partner in the production of The Disruptors.