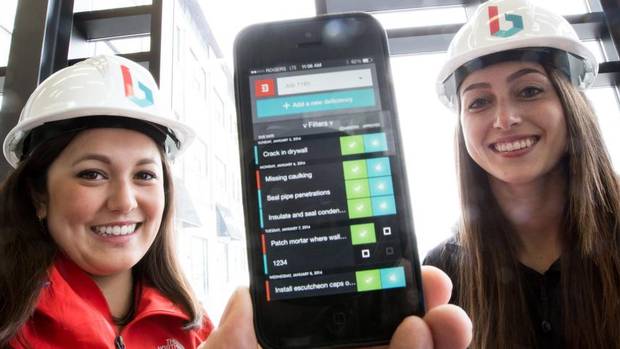 On December 9, 11 startups are flying down to the Valley for the Google for Entrepreneurs Demo Day, hosted specifically for female-led startups. Out of 450 applicants from around the world, Kitchener-based Bridgit managed to stand out from the crowd.

The news comes on the heels of Bridgit taking the top prize at the C100 startup competition back in September, when seven startups from Toronto and Waterloo pitched to US investors, and a similar showing at the Communitech Rev demo day.

As Bridgit preps for this pitching competition, co-founder Mallorie Brodie reflected on the differences between US and Canadian investors. “One of the main differences we’ve observed is their view on traction. From my experience in Canada, the conversation only gets serious once the investor feels like a certain level of revenue traction has been attained, and only then will they take a deeper dive in to the market, team, and landscape,” said Brodie, who adds that it’s difficult to predict how much a company should raise as these metrics are always changing.

“From conversations I have had in the US, the emphasis seems to be much more focused on the big picture and your unique perspective on the industry as a founder. Revenue traction definitely comes in to play, but it’s just one of many data points that gets you in the door initially,” said Brodie.

Nonetheless, Brodie is excited for another chance to represent great Canadian entrepreneurship abroad. “We are extremely grateful for this opportunity to represent Communitech, Canada and female entrepreneurship at Google in San Francisco,” said Brodie. “I see it as a great way to get an impressive group of female founders together on one stage which ultimately sends a powerful message to aspiring female founders.”