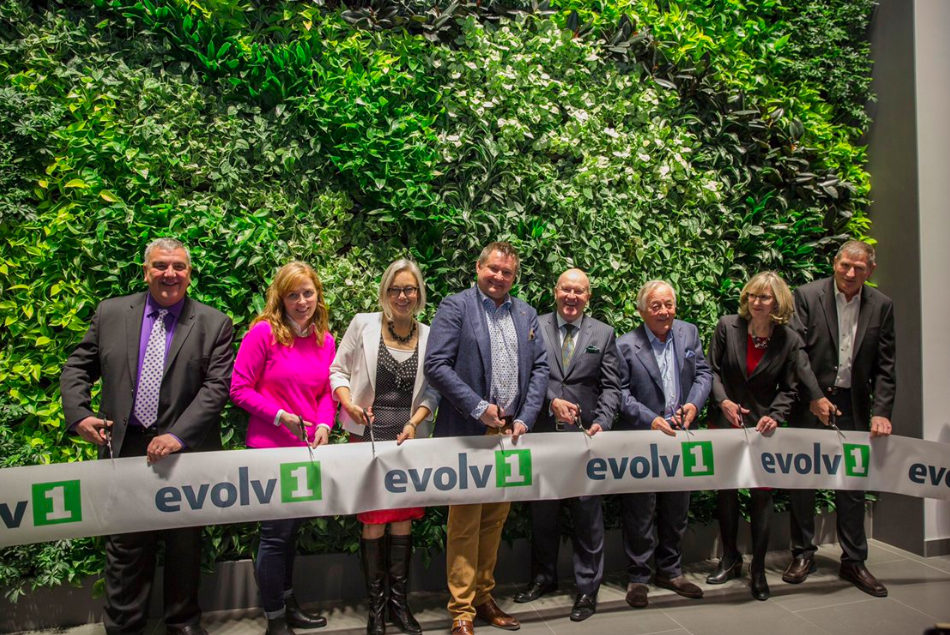 Borealis AI is RBC’s research institute dedicating to machine learning, headed by Foteini Agrafioti. The Institute has a presence in Vancouver, Edmonton, Toronto, and Montreal.

In Waterloo, Borealis AI is a partner and sponsor of the University of Waterloo’s Waterloo Artificial Intelligence Institute. The new Borealis AI lab will be led by Professor Pascal Poupart.

Located in the David Johnston Research + Technology Park, evolv1 is home to companies like TextNow and EY. The evolvGREEN innovation space within the building will house startups, government officials, academic institutions, and industry partners.

“As TextNow grows, it is important we are in a space that reflects who we are as a company,” said Derek Ting, co-founder and CEO of TextNow. “evolv1 is not only a cool workspace, it is the perfect place for us to collaborate with other growing Waterloo companies that share our values of taking risks and building cool stuff together. The icing on the cake: we can feel good about being in a building with a zero carbon footprint.”

H|T: The Healthtech Times – Genetics on the blockchain