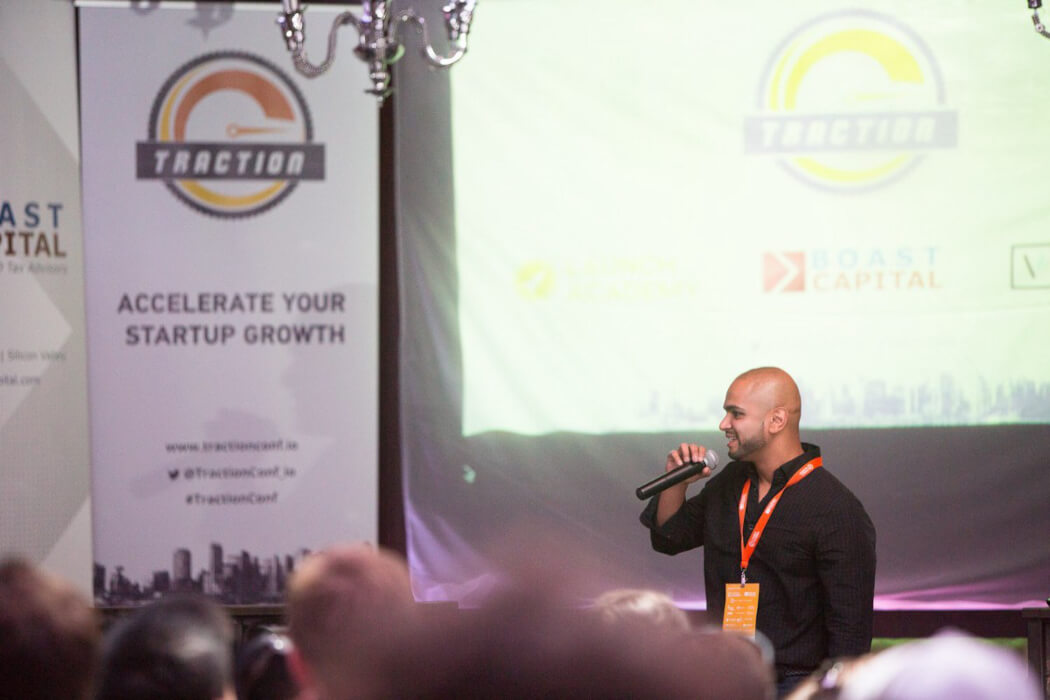 I couldn’t get Lloyed Lobo to sit still.

The co-founder of Boast.AI and Traction Conference wouldn’t stay in front of his mic for this episode, rocking back and forth in his chair, waving his hands for emphasis, and stroking his chin during moments of reflection.

“There’s no bigger board meeting than you staring in the face of death in the hospital. Death has all the leverage.”
– Lloyed Lobo

It’s not my fault, or his, really. Dude’s the prototypical entrepreneur: overflowing with ideas and a desire to keep moving, keep building, keep hustling.

It’s what has led Traction to be one of the best tech conferences in North America and Boast to $130 million in financing in the last year.

But those gains also come with a cost. It seems obvious, but not every entrepreneur realizes it.

For Lobo, that realization almost came too late, as he was laying in bed in the hospital nearly succumbing to COVID-19.

Lloyed speaks very honestly about his brush with death, so please consider this a content warning if you’re not up for hearing it. But he also speaks candidly on what he learned about the true cost of entrepreneurship, what’s truly important to him, and how he slowly changed his life around to reflect that.

This could have been a Black Swan episode, but it’s not: because Lloyed lived.

Lloyed Lobo can’t sit still, and he can’t stay for too long to talk about what he’s learned. His daughter wants to play on the piano and he wants to get back to her.

BetaKit · The one about the time Lloyed Lobo almost died