The music festival season is upon us in B.C. With line-ups being announced and summer weekends being filled up, it’s hard to know which festivals to choose. And when it comes to where hard earned paycheques get spent, most festival goers these days expect more than just the usual light display.

While festivals like Squamish Valley Music Festival, Pemberton Music Fest, and Shambhala have continued to draw thousands of attendees across the Pacific Northwest each year, B.C.’s event producers are under pressure to gain a leg-up in the competitive market. Especially when tickets range from $200 to $1700 and the main demographic of attendees are tech-savvy millennials, according to Eventbrite.  With competition and inspiration like Coachella and Art Basel among others, B.C.’s event producers are looking for new ways to integrate tech and art into the music festival experience.

One example is a recent collaboration between Blueprint (known for record-setting content and engagement at its music festivals) and Vancouver-based music label and multimedia hub Hybridity. In a recent interview with Matt Owchar, the Digital Marketing Manager at Blueprint, he mentioned that they plan to establish Vancouver as a world class festival destination with their upcoming SEASONS as the pinnacle festival. To do this Blueprint had to figure out innovative ways to diversify their content and festival experience. Wanting to merge art, technology and music into something never experienced before, Blueprint and Hybridity came together to create interactive multimedia activations through Hybridity’s Generate app.

The app will be used in the upcoming SEASONS Music Festival, where attendees can participate in live audiovisual experiences and curate their own unique visuals using the Generate app on their mobile devices. Additional audio-reactive imagery and videos are projected on a live Generate content wall, allowing attendees to document their SEASONS experiences in unique ways and share them with fellow festival goers. Users will also be able to view their Generate content aggregated on a special SEASONS website feeds for later viewing and sharing. 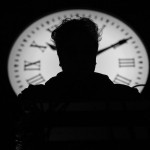 Donné Torr is a specialized content marketer, musician, and DJ producer. Born in South Africa but raised on the west coast of Canada, she is ruled by her family’s motto “Torr Altiora Spero” which translates to “I hope higher things.” She thrives on the creative genius of her peers and is happiest when watching her two favorite Dames - Judi and Maggie.

Over the past week, two Canadian tech companies announced major additions to their teams. Here’s the latest update on their hires. Dialogue appoints Jean-François…