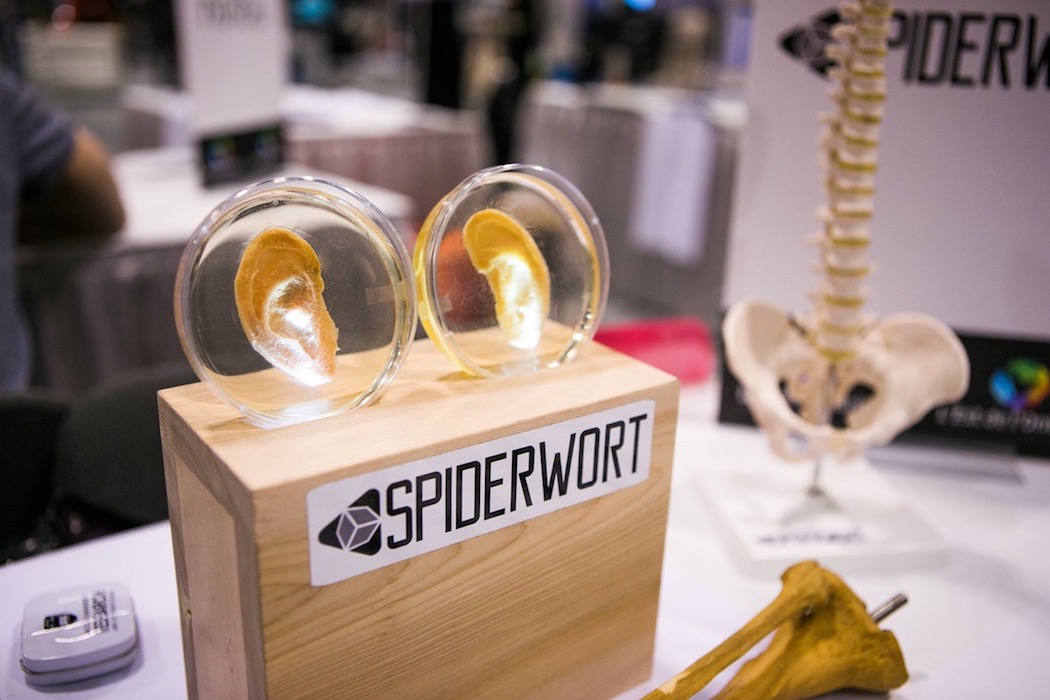 The company is developing a new biomaterial that uses plant-derived cellulose to create a variety of “scaffold architectures” for regenerative medicine. It is currently in the pre-clinical stage of this product. More than 20 investors were part of the friends and family round, including CEO of Assent Compliance Andrew Waitman.

“Spiderwort’s mission is life-changing,” Waitman said. “The team is world-class and their conviction is nothing short of remarkable. How can you not get energized about their prospects?”

Spiderwort said its biomaterials showed potential in the treatment of spinal cord injuries and soft tissue regeneration in pre-clinical trials. The company was spun out as a startup from the University of Ottawa, led by CEO Charles Cuerrier and inspired by the work of TED Fellow Andrew Pelling, who is known for his work in experimental cell mechanics.

The company recently moved into a new facility at the University of Ottawa STEM building and is currently participating in the Vancouver-based Creative Destruction Lab Health stream. Spiderwort has previously received funding from the Ontario Brain Institute, the Ontario Centres of Excellence, and Invest Ottawa.

Spiderwort also announced new members to its advisory board. Among the members are Dane Bedward, former senior vice-president international of Genzyme Corporation, who sits on the boards of the Capital Angel Network and the University of Ottawa, and as an executive fellow with Mistral Venture Partners. Peter Morand will also join the advisory board. Morand is the former CEO and president of Natural Sciences and Engineering Research Council of Canada and acted founding CEO of the Canadian Science and Technology Growth Fund.

R&D investment in Canada’s healthtech sector faces a barrier, with limited access to financial support for Canadian companies, a report from the Ivey School of Business found. This barrier can create reluctance in both companies and potential investors to engage in R&D without certainty in their ability to cover the costs of clinical trials and regulatory processes, the report stated.

Spiderwort said it will look to raise a round of Seed funding, conduct further pre-clinical testing, and receive regulatory approvals in order to moves towards the commercialization of its technology.