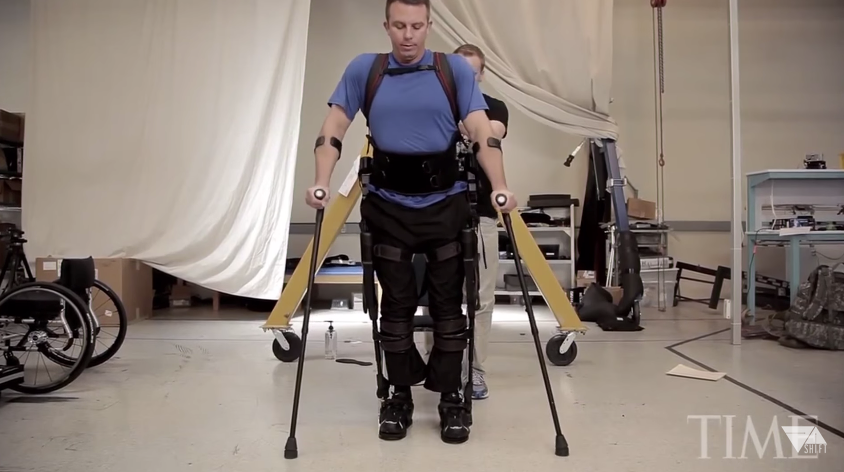 Biohacking is the practice of changing our biology and physical situation by employing the hacker ethic: sharing, openness, decentralization, free access, and world improvement. It’s the idea that we can be so much more than we are born with if we just added to our bodies and chemistry.

If you wear makeup, have tattoos, and like a cocktail or two on a Friday night, then you’re a biohacker.

Over the years, we have seen many people use compounds and technology to augment who we are, how we play, and how we operate in the word. Now, technological advancements, access to investment, and the bravery of experimentation means that we are making leaps and bounds in this field.

I personally feel that we are all biohackers to a degree. The idea of hacking is to be curious and to try things that are unconventional, and (potentially) unacceptable. What is normal? 2000 calories a day, 8 glasses of water, and light exercise? Everything else we take in and add to ourselves is biohacking. If you have piercings (ears or otherwise), wear makeup, have tattoos, like a cocktail or two on a Friday night, have an exercise regime, are on a specific diet, own a wearable and actually use that data to change behaviour, or even spend time doing yoga, then you are a biohacker. You are changing your born state to become something more.

There is an increasingly popular movement to go beyond some of those more pedestrian acts. Recently I worked with the SHIFT team (Sean Horlor and Steve Adams) on a biohacking documentary that featured projects and thinking from the Pacific Northwest. It’s a glimpse into what can be possible and I want to elaborate on some of the things mentioned and show how biohacking is evolving and becoming more mainstream.

The documentary covers three key areas and I’d like to expand a little here.

There are two parts to this development. The first is enabling those that are unable to walk to stand and walk upright (with assistance). I predict wheelchairs will be a remnant of the past within 5 to 10 years. The opportunity is to open the world up for so many people, and companies that build exoskeletons need to focus on durability and getting the price down global benefit. Secondly, exoskeletons are already being trialled for work and military purposes: lift more weight, carry it farther, and have less fatigue when operating for extended periods of time. Hopefully, this means safer conditions and fewer injuries in the long term.

Steve Mann, a Canadian and tenured professor at the University of Toronto, and inventor of the field of wearable computing was called the “lunatic fringe” by Nicholas Negroponte, the founder of MIT’s Media Lab, when he turned up in the early 1980s. He augmented his vision, ability to capture and process images, and make decisions using a wearable rig. Now we see a plethora of tech that more accessible and a little smaller, and this is gaining acceptability and adoption. The Apple Watch flew off of the shelves, and wearable devices like FitBit and other health trackers are commonplace in retail stores.

This is the edgy side of biohacking. Last year, at the From Now Conference, I agreed to have an NFC/RFID chip implanted in my left hand by Amal Graafstra of Dangerousthings.com. It was an experiment to see just how easy it was to implant technology and have a simple application of technology. I can now scan my hand and operate RFID locks, password scanners, and even just launch shortcuts to my favourite websites. It’s a simplified biohack but very challenging to many that find it unethical. It’s not seen as normal behaviour. Some people have chosen to go a little more extreme – see this documentary on biohacking and implants by Vice’s Motherboard.

Biohacking has always been about the fringes of experimentation and there are a number of new developments that excite me. Here are some of them.

Extreme Transplants – There is a movement going beyond just using tech and looking to transplants as well – hearts, lungs, livers, and heads. What? Heads? Well, the first head transplant will be taking place soon. Surgeon Sergio Canavero claims to have pioneered a procedure and he’s found a prospective patient, a Russian called Valery Spirodonov, who suffers from a terminal muscle-wasting disease. More information can be found here.

Hacking DNA – CRISPRs (clustered regularly interspaced short palindromic repeats) are segments of prokaryotic DNA containing short repetitions of base sequences and CAS9 protein that been heavily utilized as a genome engineering tool to induce site-directed double strand breaks in DNA. That means breaking bad DNA (that could be inducing effects such as cancerous cell growth or reduced red blood cell generation) and fixing it with good strands of RNA. This has the potential to treat genetic diseases, like cystic fibrosis and sickle-cell anemia, each of which is caused by single base pair mutations. It’s really complex stuff so head here for a better understanding.

Body Chemistry – Nootropics are starting to be deployed to help augment how people perform mentally, with many advocates in the startup and technical arena that are starting to use them. There are also a number of online forums, including an active subreddit, where nootropics users gather to exchange stack recipes and discuss the effects of various combinations of compounds. In addition, Nicholas Negroponte who has been predicting the future pretty successfully for the past three decades, says the following about what could come in the next 30 years: “we are going to ingest information. We are going to swallow a pill and know English. We are going to swallow a pill and know Shakespeare.”

All seems a little wild, doesn’t it? There are complex ethical discussions, and the medical community is vigorously debating all of these areas right now. How much progress do we want to make? This is about consent. It’s about choice. It’s about an open mind. But, it’s also about integrating and accepting these things into society. That’s where things get tough.

Meredith Patterson outlined in her Biopunk Manifesto that “the right of freedom of inquiry, to do research and pursue understanding under one’s own direction, is as fundamental a right as that of free speech or freedom of religion.” We need to fight for the freedom to control our own lives. Biohacking is here, and we need to start accepting that we were meant to be more than we were born with. If we can’t, then we need to be tolerant and supportive of those that are pushing the boundaries.

Nikolas Badminton is a world-respected futurist that researches, speaks, and writes about the future of work, how technology is affecting the workplace, how workers are adapting, the sharing economy, and how the world is evolving. You can see more of his writing at nikolasbadminton.com.

BetaKit has covered the one-click selling trend extensively, profiling companies like Chirpify, ShopLocket and Gumroad that let people sell digital and physical goods either via…