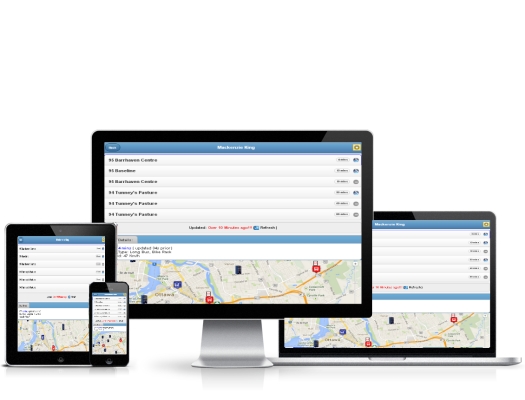 Ottawa-based startup Beyond 2.0 recently launched its TTC Bus Tracker, a rudimentary web-based app that can make life a tad bit easier for those unfortunate souls who rely on the Toronto Transit Commission (TTC) on a daily basis.

Using the TTC’s real-time GPS data, Beyond 2.0’s award winning Bus Tracker app provides up-to-the-minute information on when their bus will be arriving.

“As regular users of public transit, Beyond 2.0 understands the needs of daily commuters and we have designed our app with them in mind,” said cofounder Ryan Androsoff. “Thanks to the City of Toronto’s Open Data program, we are able to create innovative new products like TTCBusTracker which help make people’s daily lives a little bit easier”.

Canadian startups might be making a name for themselves when it comes to apps dedicated to improving the public transit experience. The space is particularly unforgiving, given market dominance by Google Maps. But FounderFuel graduates Transit App carved a name out for themselves in the last six months, arguably exiting the Montreal-based startup accelerator program as the most “venture-ready” team, with a particularly effective DemoDay pitch to investors. In June, Transit App gained over 35,000 downloads in 72 hours after it made its app completely free.

Transit founder Sam Vermette is fond of saying that 80 percent of the world’s population live in urban centres, and that number is only growing.

TTC Bus Tracker, meanwhile, isn’t as comprehensive or effective as Transit App, but it can serve a niche need. It takes the users’ GPS location to generate a clickable map that lets them select the bus stops nearest to them, and allows users to save their favourite buses and stops for quick reference.

“For many public transit users, there are multiple bus routes that can get them to their destination,” wrote the company. And like one of Transit App’s best qualities, TTCBusTracker allows users to select multiple bus routes at a stop so that they can see all their transit options at a glance.

The most useful function in my estimation might be the live map that shows exactly where the buses are that a user has selected and where possible delays are occurring. This kind of information is largely unnecessary,  but when users are in a squeeze trying to get to work in the mornings, sometimes that five minutes that could be saved is worth a lot.

The free app TTCBusTracker is going after local advertisers with a “unique opportunity to reach a targeted audience through both banner and in-map advertising.”

“Our experience in Ottawa has shown the value to advertisers of being able to use geo-locational targeting to reach transit users. This means advertising dollars are being well spent, and for users of the Bus Tracker app, they are receiving information on products and services that are relevant to them,” said Androsoff.

Beyond 2.0’s long-term vision is to become the leading producer of innovative applications and services built on open data. TTC Bus Tracker will expand to these three cities in the coming weeks: