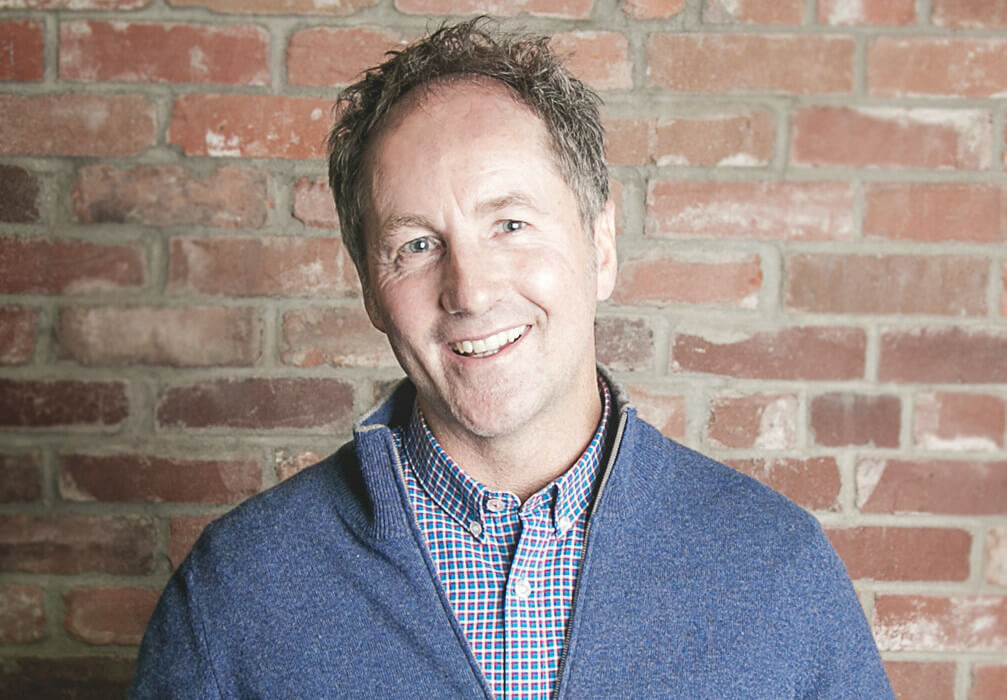 Bryan de Lottinville, the founder of corporate social responsibility software startup Benevity, is departing his role as CEO of the company, BetaKit has learned.

The announcement was made internally to Benevity employees Wednesday, with the Calgary-based company confirming the transition to BetaKit. As of June 1, de Lottinville will step down from his role as CEO to take on a new position as executive chairman. In a statement to BetaKit, de Lottinville noted that the transition had been in the works for “many months.”

Citing plans to spend more time with his family, the outgoing CEO said he also plans to continue direct involvement with Benevity, including spending time with many of the company’s clients, and building “the category of corporate purpose.”

“Andrew comes to Benevity with deep experience in the Human Capital Management space, having led companies that specialized in learning and development, leadership training, employee engagement consulting and content, in addition to some time spent in fintech – all areas that are relevant to the challenges and aspirations of the initiatives run by CSR and social impact leaders,” de Lottinville said.

“This unique combination of experience and someone who exhibits Benevity’s core values and passion for our social mission is not easy to come by, and from our quest on both sides of the border, we determined Andrew is that person,” he added.

This is the second executive leadership turnover in recent weeks for Benevity. Earlier this month, the company announced that Eloqua and Nudge.AI co-founder Steven Woods had joined as CTO. Woods took over the role from Benevity co-founder Jason Becker, who served as interim CTO for seven months during the search for a permanent replacement. Becker remains with Benevity as vice president of architecture.

The change in CEO and CTO follows several recent senior technology hires at Benevity, including vice president of engineering, John Mortimer, who joined the team in September, and vice president of product, Grant Bryce, who started in November.

Benevity was founded in 2008 as a platform that enables companies to engage their employees and customers around social responsibility and community investment, hoping to create better business and social impacts. The startup, which is one of the largest startups in the Prairies, raised a $40 million Series C in October. Benevity has grown to more than 600 employees and built out a customer base of more than 600 clients spanning large, global enterprises like Microsoft, Coca-Cola, Google, and Honda.

“Twelve years ago, when Benevity set out to make Goodness a part of peoples’ everyday lives, we were unfettered by deep knowledge of the complexities of the CSR and enterprise software space,” said de Lottinville. “We wanted to build a platform that would better weave meaning, purpose and impact into the fabric of society, and to use the power of companies to do it.”

“Fortunately, in our early days, we discovered a little niche in the corporate world filled with passionate kindreds who were also trying to make ‘doing well by doing good’ more than just a catchy tagline,” he added. “Nike led to Google led to Apple led to many other large enterprises embracing the power of social impact through Benevity to improve attraction, retention, and productivity of their employees.”

In his statement, de Lottinville highlighted his decision was connected to spending more time with his wife and children and expressed hopes to be able to support his wife’s career. “I also want to walk the talk a bit more on being a feminist,” he wrote. “I have a spouse that has subordinated her career to mine, despite likely being more talented and ambitious than me. I hope to support her career for the next few years, the way that she has done for me.”

The outgoing CEO also expressed plans to support local community initiatives in Calgary, including the Mental Health & Addiction Stewardship Committee, as well as using Benevity as “a poster child for the success of a once start-up now grown-up tech company in Canada.”

“With the runway ahead of me, all of these things give me a renewed sense of energy about the impact and legacy I have always hoped to leave behind,” he said.

Today San Francisco- and London-based  Snappli announced that it has added $1 million in funding from investors including Greylock Partners, Index Ventures and angel investor Klauss Hommels,…