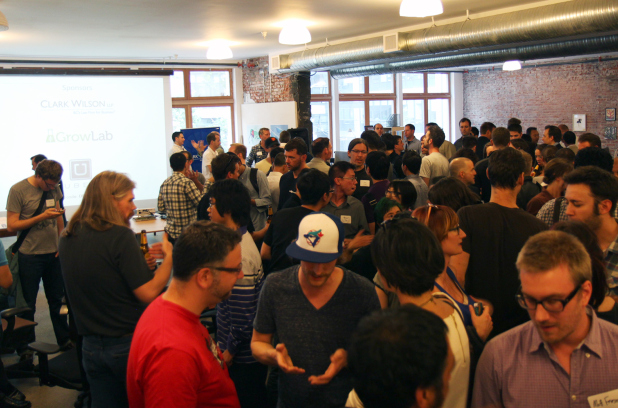 The space recently expanded its Gastown location and is making a push towards providing more resources for its companies.

The Launch Academy space is an interesting concept: its not quite an accelerator, but companies still actually have to apply to get a desk (and pay for it too, mind you). But Launch Academy sells entrepreneurs on the fact that they’re paying to work around tons of influential peers in the startup world, as well as other companies who passed a vetting process along the way. And given that GrowLab is housed in the same building, its not hard to think that once companies have a desk in the place, they can probably up their chances of admission if they so desire to be a part of the accelerator.

“Great ideas don’t just turn into great companies,” said Catherwood. “Entrepreneurs need feedback and a robust ecosystem of supporters. Above all, they need smart money – investors who understand the marketplace, who share the entrepreneur’s passion for innovation, who can identify the potential of a great idea and then help unlock commercial success.”

IBM announced Tuesday that it has officially closed its acquisition of Red Hat, which has been called one of the largest tech acquisitions of…