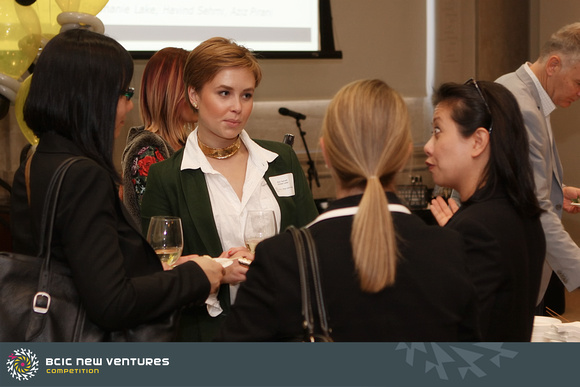 Faced with the reality of being idea-rich and resource-challenged, the lure of the BCIC-New Ventures Competition catches the eye of many BC entrepreneurs. It’s currently offering over $300,000 in cash prizes.

This is a rigorous event: a six month, four-round marathon where participants connect with technology industry veterans and continue building on their ideas and skills. It’s about competitors taking their ideas from inception to a final venture plan.

“The BCIC-New Ventures Competition offers great incentive to innovative technology entrepreneurs, allowing them to really think through their business models, identify their product-market fit and take advantage of the advice and skills of serial entrepreneurs and mentors in the process,” said Greg Caws, CEO of BCIC.

There’s also a lot up for grabs, including:

While this might be year 14, it’s an event in step with the shifting tech landscape. Bob de Wit, jury chair and mentor “wrangler” addressed these questions.

Why is NVBC is more relevant than ever? Why it’s worth an entrepreneurs, time, effort, and sign-up fee?

“NVBC remains the biggest venture competition for tech start-ups in Canada. This is an opportunity for companies to see how they measure up in the eyes of a seasoned jury and business experts. As a company goes through the process, they will answer critical questions to make their venture more successful. Countless companies have told us their competition submissions have been the basis of their proposals to secure future investment. The process still works and is a great way to kickstart your business idea.”

How has the event changed from past years?

“We have added new seminars topics this year. New topics include: Introduction to the Business Model Canvas, Capital Planning: building and early stage financing plan, and Customer Development, Sales, and Understanding the Value Chain. In response to feedback, we have added an instructional workshop dedicated to companies wanting help with their Round 2 submissions. This year it will be run by past winner Hire the World co-founder Doug Beech.

This event isn’t just about the money. There are some great examples of companies who didn’t win that are doing well, such as TSO Logic and Vineyard Networks (top 10, sold for $28 million in January 2013)

Aaron Rallo, the CEO of TSO Logic, has served as mentor and judge, as well as a partitipant for several years. He said that “from the standpoint of a participant it was a an excellent way to hone our pitch and prepare us for the fundraising that was to come. As a judge I continue to volunteer to get an early look at the newest BC based technology companies and see if I can help. Entrants often come to NVBC with great ideas but a great idea on its own does not make a company.”

Meanwhile New Ventures BC’s Angie Schick said “while the competition is about picking the idea most likely to be commercially viable and supporting their climb to the top, it is also about creating the unique opportunity for all participating entrepreneurs to gain seasoned insight from those who blazed trails before them.”

Entrepreneurs are invited to enter their startup into the BCIC-New Ventures Competition with applications due April 16, 2014 at midnight. To register in the competition or for more information regarding rules and eligibility requirements, visit www.newventuresbc.com.

This event has made a positive impact on all involved. Over time, the numbers show that BCIC-New Ventures Competition alumni have generated over 3100 jobs for British Columbians and raised over 200 million dollars in investment financing.