As the driving force behind Metabridge — a conference connecting local technology companies and investors — Steve Wandler moved from San Francisco to Kelowna and started the event in 2008 to bring his friends together right here. The goal was to have fun interacting and creating relationships with like-minded people, and bring Silicon Valley’s VIPs up to Canada.

At this year’s Metabridge conference, tech leaders shared their stories with an audience of 400 through panels and keynotes and gave feedback to the top 15 tech start-ups on their business pitches. Here are the highlights:

“I’ve gotten where I am with the help of a lot of people along the way,” said Ethan Anderson, founder and CEO of MyTime, kicking off the conference with a welcome speech that set the tone for the event.

Anderson said that, at every stage of your business, whether it’s raising money or recruiting, you’re always in need of someone else to get you to another level. Metabridge provides ample networking opportunities, but moreso aims to create genuine friendships with relationships that extend well beyond the conference. “We’re here to figure out how we can help one another be successful.”

Turn passion into your legacy

Keynote speaker Santiago Solanas, chief marketing officer at Sage, spoke of his passion for transformation and growth and helping people reach their full potential. That doesn’t just come from building relationships, but also ensuring you are ready to scale up your businesses.

The right people and the right partners are amplifiers to your business, Solanas explained. Transformation and growth begins with entrepreneurs — but they need to be able to transform their vision into pragmatism, and to execute on their ideas. While entrepreneurs know why they do what they do, they’ve got to be prepared to scale in order to reach their full potential — and being able to scale includes asking the tough question, “Am I the right person to be COO?”

“You’re all passionate. As you evolve and transform from vision to pragmatism, maintain that passion. The reward is that passion can turn into your legacy,” Solanas said.

It’s about people, not ideas

In a panel moderated by BetterCompany operator in chief Tom Williams, The Alacrity Foundation’s Owen Matthews, vArmour CEO Tim Eades, and Paul Singh — who is on his #RJTechTour — discussed what VCs looked for in a pitch. According to the panel, it’s not the idea that matters, it’s the person behind it. The idea is disposable; the most important thing in business is investing in very strong people.

“If you watch Dragons’ Den, you think they take bets on the idea,” said Singh. “That’s not true. I know literally in minutes whether I’m in love with the entrepreneur.”

The ability to form impactful relationships was a theme that comes up again and again throughout the conference, with The Next Big Thing founder Meredith Powell summarizing it best: “I heard about something a while back called the sun effect. Some people have it innately, they are the sun and they will attract people to them. Some people have it, or they don’t, and you can just spot it.”

Trinity Ventures’ Dan Scholnick was quick to agree. “What we’ve found is that over 30 years of fund history, our best investments are from the people we have the deepest relationships with.”

Smart growth vs. growth at all costs

Another big theme for Metabridge was the changing market for investment, with valuations coming down in the tech sector. The public market for tech companies in Q1 basically shut down, and we saw a dramatic decline in venture capital deployed between Q3 of last year and Q1 of this year. It’s a far cry from what we saw two years ago. “How has your behaviour changed in investing?” Silicon Valley Bank market manager Minh Le asked a panel made up of investors Shawn Abbott, a partner at iNovia Capital; Scholnick, and Sid Paquette, managing director at OMERS Ventures.

“We made a decision to pull back, to focus on teams first and focus on the best teams to get behind,” said Abbott, whose attention has shifted to fund raising and sidecar funds, an emerging trend that supports growing companies by keeping them in the family.

“Valuations are coming down. You’re starting to see investors being prudent,” said Paquette. “Funding revenue at all costs, that’s kind of out the door right now.”

Every entrepreneur wants to be the category leader, but the greatest lesson is to stay in business without the capital. VCs are anticipating a tough back half of the year with shared advice to raise as much as you can now, and get ready to hunker down and get through the next 12 months to hopefully take us out of the cycle.

But it’s not all doom and gloom. “Good companies that are building strong fundamentals can get funded in any environment,” said Scholnick. “They’ll just get funded at different prices.

You have five minutes

Gone are the days in which you had thirty minutes of someone’s attention to pitch your company. The distractions that smart phones provide have spoiled that for all of us — and if you walk in on the phone, you’re certainly not going to impress anyone, according to Matthews. But you can get a fantastic pitch done in five minutes.

The event saw solid pitches from Metabridge winners, RentMoola, and runners-up, chalk.com as well as a strong example from Chris Priebe of Community Sift. But for every great pitch, there were two or three that lacked succinct communication. Anderson gave some great advice.

“Describe the pain point. Show us the product. The longer you spend describing the product, the less the audience understands it. We’ve got to see it right away; we’re all visual creatures. Talk to us about the customer acquisition, help us understand your approach,” said Anderson. “And tell us which segments you chose and why. Who are you going after? Tell us what you’re here for. What is it that you want?”

The stand-out pitch of the day came from a special guest fourteen-year-old Tegan Adams, creator of Doogoods, a card game inspired by his love of two things — Pokemon and doing good deeds for other people.

Metabridge was a great opportunity to draw entrepreneurs to Kelowna and encourage them to set up their companies in beautiful Okanagan Valley. It’s not just about hot summers and great skiing; the blossoming community is also ready to support big business with affordable commercial and real estate options, as well as 13 kilometres of dark fibre network.

Amrit Virk, Minister of Technology, Innovation and Citizen Services, said “We want to crush mediocrity and put B.C. Tech on the map to do tech business. This is not Hollywood North or Silicon North — this is B.C. Tech.”

The biggest takeaway from the conference? Changing your company can take one conversation. An investment in your connections is an investment not just in your company, but your life. If entrepreneurs didn’t walk away from Metabridge with capital, they almost certainly left with impactful new relationships. 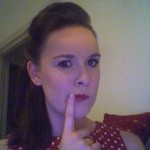 Kickstarter has officially launched in Canada today, opening up its crowdfunding platform to help Canadians fund creative projects. This is big news for Canadians,…