Welcome to a BetaKit weekly series designed to help startups and entrepreneurs. Each week, investors Roger Chabra and Katherine Hague tackle the tough questions facing founders today. Have a question you would like answered? Tweet them with the #askaninvestor hashtag, or email them here.

Venture financing is often glamourized by the media. Financing announcements, movies like The Social Network, and HBO’s hit show Silicon Valley have led many founders to believe that venture capital is the natural next step for any budding startup. Funding is often even used as a scorecard to compare companies and how they are doing relative to their peers. But venture capital isn’t right for every company.

Taking on venture capital will have a substantial impact on the course of your company, whether it be from friends and family (angel investors) or professional investors (venture capitalists).

Arguments in favour of venture capital

Venture capital allows for accelerated growth. It allows you to build faster, expand to new markets, compete with industry incumbents (which often have more money to invest in product and marketing), and it allows you to move faster than other startups entering the market with less funding.

Great venture capital investors can provide valuable advice, expertise, guidance, and connections to the companies they invest in. By giving investors an equity stage in the business, you are building a long-term support network that you can tap into over time.

Raising venture capital in today’s startup world is seen as a badge of honour, for better or for worse. Getting well-respected investors to buy into your business can be a way of building credibility. This credibility makes it easier to attract media attention, secure new customers, and recruit talent.

Many entrepreneurs fall into the trap of seeing raising money as business success.

Raising funding is seen as a significant milestone in the startup world and is often newsworthy. Closing a round can get you into some of the top tech media outlets, it can get you on stage at industry conferences, and it can put you on the radar of industry leaders. If your business could benefit from exposure of this type, announcing a venture capital round can be a great way to get it.

Valuations of early, high-growth, and pre-revenue companies are a bit more art than science, even during liquidity events like an acquisition. Let’s imagine a pre-revenue company that has never raised venture capital is in acquisition talks — how will they determine the valuation? It will likely be some combination of market rate for similar companies, what the acquiring company is willing to pay, and what the entrepreneurs are willing to sell for.

Now let’s imagine that company just raised venture capital at a $10 million valuation. All of a sudden the value of the company is tied to that number. Unless it’s a fire sale, the company is very unlikely to take an offer below that valuation because their investors would lose money. For early-stage companies, this benchmark can often help the entrepreneur get more in the event of a sale, however, if an equity financing round was done at a low valuation, it may actually serve as a negative.

Sometimes there is a lot of upfront research and development (R&D) required to launch a product. For example virtual reality software, or satellite technology. When a lot of R&D is required, significant capital investment is also required to fund the period of time pre-launch where the company is not revenue generating. Venture capital is a popular way to fund this type of project, as it can be high risk high reward and few other forms of capital are willing to risk such early stage investment.

Loss of equity and control

Many entrepreneurs start their businesses because they want freedom. But as the CEO of a venture-backed business, you’ll need to be able to manage the interests of multiple stakeholders. Unlike banks, equity investors tend to provide more than just capital. They provide guidance and connections and will often have an active interest in your operations.

Raising venture capital takes time, time that could be spent building your business. Ask any entrepreneur that has raised venture capital and they will tell you that for the period of time that they were fundraising it was their full-time job, and often the company’s core metrics take a hit because of it. In some cases, six months spent building the product or getting sales revenue would be a better use of time than fundraising.

Raising money changes your potential exit strategy. First of all, raising money will likely push you towards an exit. VC investors are looking to see a return within five to 10 years, so that they can provide returns to the fund’s investors.

Raising money will make it hard for you to accept acquisition offers that might have been in your interest pre-financing. Investors would reject sales offers not wanting to take a loss on their investment.

Secondly, raising money will make it hard for you to accept acquisition offers that might have been in your interest pre-financing. Let’s say a company that raised money at a $30 million valuation got an offer for $10 million. Your investors have no liquidation preference, meaning they have no right to getting their money out ahead of other shareholders and you as the entrepreneur, who owns 40 percent of the company. In this scenario, you may look at the $10 million offer and think $4 million for you personally looks pretty good. But assuming your investors have blocking rights on a sale, they would reject the offer not wanting to take a loss on their investment.

Many entrepreneurs fall into the trap of seeing raising money as business success. Companies that have raised large funding rounds are seen as heroes and the media can’t get enough of them. But the truth is that raising money is not success. Just because a company has raised funding, does not mean that they have built a strong business or reached any concrete milestone as a company. When entrepreneurs that raise money drink the Kool-Aid of today’s startup culture, they may conflate having raised money with being a successful business, leading them to make bad decisions like prematurely scaling, overspending, or spending more time being socialites than building their company.

This entry is an excerpt from Katherine Hague’s new book – Funded: The Entrepreneur’s Guide to Raising Your First Round. The book is now available through O’Reilly Media. 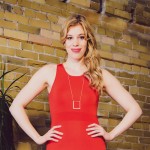 Katherine Homuth is a serial entrepreneur, angel investor, and the founder of Female Funders, an online destination dedicated to inspiring and educating the next generation of female angels. She is the author of O’Reilly’s upcoming book, “Funded: The Entrepreneur’s Guide toRaising Your First Round”. Prior to leading Female Funders, Katherine founded ShopLocket —acquired in 2014 by PCH. Katherine has been named one of the Women to Watch in Wearables, one of Canada’s Top 100 Most Powerful Women and one of Flare’s Sixty Under 30. She has been quoted in the New York Times on fashion tech and was recently interviewed for the Oprah Winfrey Network. Find Katherine online at katherinehague.com.