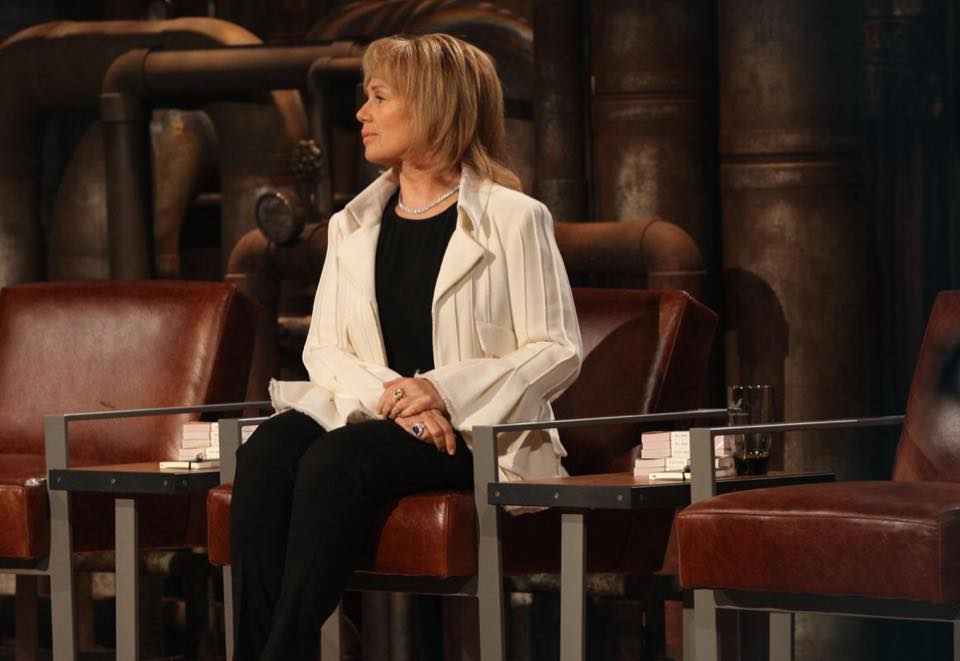 A mainstay on the hit Canadian TV Dragons’ Den has departed. Arlene Dickinson, the vibrant CEO of Venture Communications who has been on the reality show for the past 8 seasons, has decided to leave her seat in the Den to work on “some big dreams” of her own.

In a Facebook message, Dickinson stated, “I know all about dreams. The opportunity to be a Dragon has made some of mine come true,” and now it’s “someone else’s turn” to bring life to the program.

Earlier this week it was The Wealthy Barber David Chilton also decided it was time to leave. Currently on the program is Jim Treliving and Michael Wekerle, along with the new web series Next-Gen Den that features Michael Hyatt, Michele Romanow, Paul Miklas and Matthew Corrin.

Here is the complete message that Dickinson posted on Facebook:

After eight incredible seasons, listening to thousands(!) of pitches, and building a portfolio of successful investments, I’ve decided to give up my chair on Dragons’ Den. It’s not an easy decision to leave this show, which is about so much more than entertainment. It’s about dreams, and having the courage to chase them. It’s about what entrepreneurs need to succeed–and what they contribute to the Canadian economy. The impossible dream that starts in someone’s basement can grow into a business that feeds families, drives growth and innovation, and makes our country a better place. We’ve seen it time and again on Dragons’ Den.

It’s been an incredible privilege to meet entrepreneurs from all over Canada, ranging in age from 6 to 86. They’ve brought comedy acts, drama, animals, food, props and crazy gimmicks to the Den, which makes for great television; but above all else they’ve bared their hearts and souls, their passion for and commitment to their own business ideas. Week after week, they’ve reminded me that success isn’t really about achieving your dreams– it’s about having the courage to pursue them in the first place. (Though I’m not going to lie: achieving them is pretty great, too.)

I know all about dreams. The opportunity to be a Dragon has made some of mine come true. But I still have some big dreams, ones I want and need to chase. Soon, I’ll be ready to spell out more about what’s next for me, but now is not the time. It’s the time to express my heartfelt gratitude. To the CBC, for giving me this amazing opportunity, and to our crew, which is the best anywhere. To all (yes, all!) my fellow Dragons, past and present, for their hard work and for challenging me to be my best. To all the entrepreneurs who braved the Den, for the inspiration. And to our viewers, whose loyalty and encouragement meant and still mean the world to me.

I know CBC will find a great new Dragon to fill my chair. I’ll be watching, and I hope you will, too.

With much love,
Arlene”