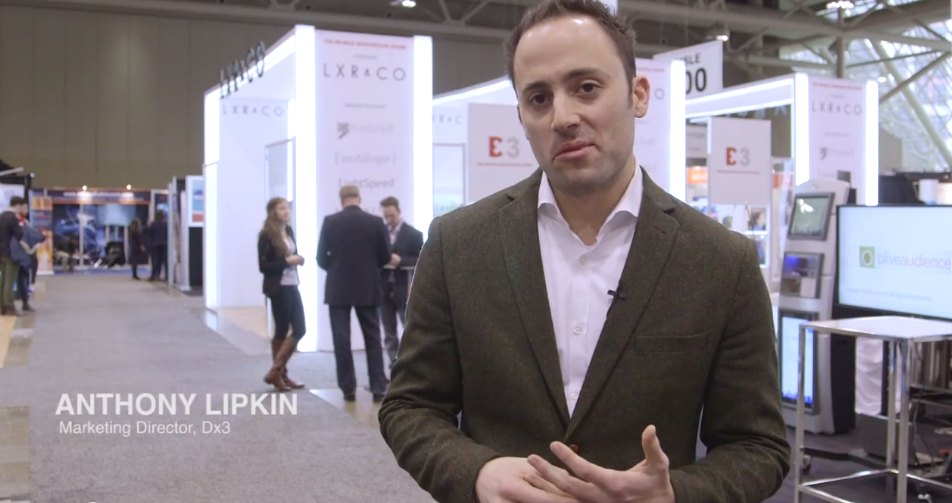 As we approach the holiday season, few of us are likely thinking about March 2015. Anthony Lipkin, VP and Partner of Dx3, Canada’s largest conference and trade show dedicated to digital, can’t stop thinking about it.

We sat down briefly with Lipkin, who was responsible for content curation this year, about what attendees can expect to see March 11th and 12th at the Metro Toronto Convention Centre.

Describe Dx3 in a nutshell for people who haven’t attended.

I think we are an event that really looks at the role digital is playing in reinventing the customer journey, and breaking down the intersection between marketing, retail, and tech.

Why is that important? Or why should people care about that intersection point?

“You might as well not be in business if you’re not thinking and talking about mobile.”

People should care because while it’s one thing to go to an event to listen for inspiration and ideas, it’s a whole other question when you ask about what actually happens when it comes to actually doing. I think that between the content and the experiences we curate, we’ve done a really good job this year of articulating the how side of the equation. It’s not just about thinking, it’s about doing.

How did that relate to your choices for speakers?

Well, for example we’re going to have Aaron Zifkin of Airbnb talk about how to build an engaging community. Which is important because Airbnb as a brand has literally redefined how communities are being built.

I think this year we’ve done a really good job of recruiting those brands that are moving digital, not just in a marketing or retail sense, but also in a cultural sense. We’ve got folks from reddit, folks from Buzzfeed, and these guys aren’t just shaping business, they’re shaping culture. And I think that Dx3 this year is really going to be at the forefront of that.

I know the formatting of the content is changing a little bit this year. For people who have attended in previous years, can you explain the decision behind that?

So what we’ve done is organize the content around the five steps of the customer journey. The reason why we’ve done that is, as a brand, Dx3 has a fairly broad purview, and we needed to organize that content in a way that best reflected our brand. We really are the digital marketplace, and I think the way in which we position ourselves, and the way in which we organize our content, is reflective of that.

I notice that there’s no real mobile-specific component to the event.

We didn’t really curate any kind of mobile-dedicated sessions, because you might as well not be in business if you’re not thinking and talking about mobile. So we hope that most of our sessions will touch on mobile. It’s kind of like saying ‘why isn’t there any sessions about websites?’ It should just be the way that people think nowadays versus thinking of it as an outlier.

What if a contact list was more than mere names, phone numbers, and email addresses, and instead helped pull in social networking information? Tel…