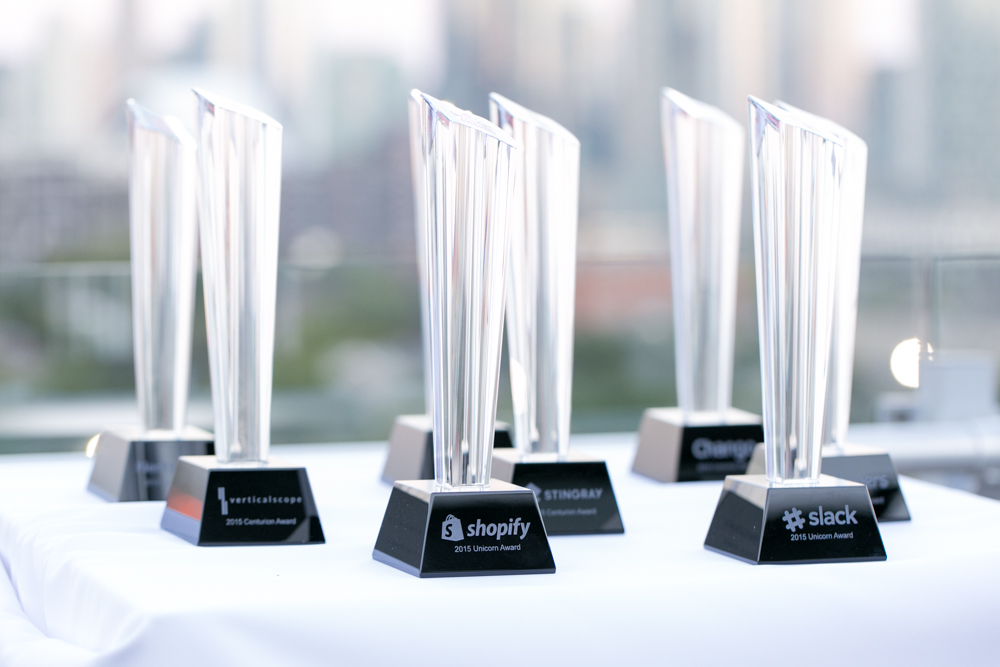 Launched in 2015 by Kari and Razor Suleman after the couple returned to Canada following the $110 million USD exit of Achievers, the Spotlight Awards have grown each year, progressing from an impromptu soiree at Suleman’s home to a marquee gala event that will be hosted at the Four Seasons Toronto in Yorkville.

While past Spotlight Awards galas have been exclusive, invite-only affairs, this year a limited block of tickets will be available to Elevate attendees who act fast (secure your Elevate Toronto ticket using the code ‘BETAKIT20’ for a sweet discount). As in past years, proceeds from the Spotlight Awards gala will be donated to a deserving partner ($125,000 has raised to date via the Spotlight Awards); this year’s recipient is Ladies Learning Code, where Ms. Suleman is a mentor.

“I love mentoring at Ladies Learning Code,” Ms. Suleman told BetaKit. “Women bring a whole new level of creativity to coding and it’s amazing to see them embrace this typically male dominated industry. We’re thrilled to be a part of their community-driven mission that teaches women and girls to code.”

Beyond the charitable aspect, the format for the Spotlight Awards sets it apart from other tech awards, as the winners are not selected by committee or nomination process. In fact, companies nominate themselves through watermark achievement: the Spotlight Awards honour Canadian companies that have achieved a $100 million CAD exit, or a $1 billion CAD valuation/exit as of July 1st (each company must also have Canadian founders and some Canadian-based operations).

“I think people will be pleasantly surprised at how many and how many different types of companies are involved,” Razor Suleman said. “We are literally across the country, from coast to coast. Innovation isn’t just happening here in Toronto, Waterloo, or the centres you’d normally think of – there are companies from Winnipeg that have achieved $100 million exits. This is truly a Canadian spotlight.”

Because the Spotlight Awards celebrates established Canadian tech companies that have achieved significant milestones, these past successes often fail to fully represent the current makeup of our tech community.

“We are literally across the country, from coast to coast. This is truly a Canadian spotlight.”

“The unfortunate part is that in the Spotlight Awards winners circle we don’t have as much diversity as I’d like to see in the years to come,” Mr. Suleman said. “We’re trying with Elevate and our core values of diversity and inclusiveness to help ensure that everyone has influence and access, so that we can change the makeup of the stage five to seven years down.”

Last year, BetaKit was honoured to select a group of Canadian entrepreneurs we believed would one day be Spotlight Awards winners to attend the awards gala. Providing access to the gala gives early-stage founders the opportunity to build their networks and continue a trajectory towards becoming a future centurion or unicorn company. This year’s BetaKit Spotlight selections will ensure that the expanded gala access reflects more than company stage of development.

“We’re super-excited to partner with BetaKit again – they’re such an instrumental part of the ecosystem,” Mr. Suleman continued. “Being the voice of the community, we knew there was no better partner than BetaKit to highlight founders underrepresented in our community who will one day be future Spotlight Awards winners.”

Stay tuned for a future announcement of the BetaKit Spotlight selectees! For now, congratulations to all 2017 Spotlight Awards winners!

H|T: The Healthtech Times – The future of digital ID in health care