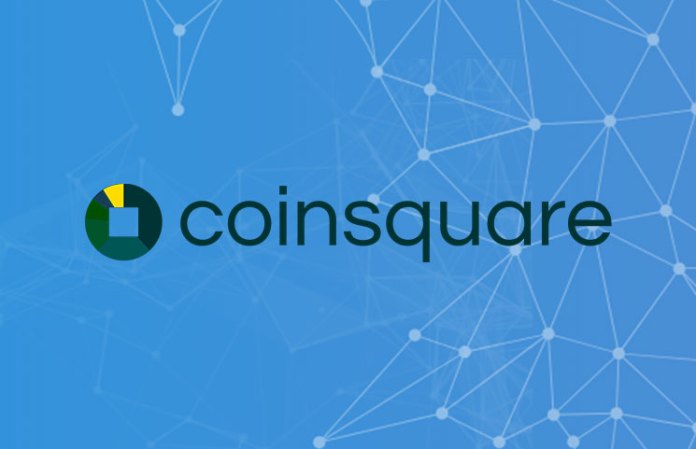 Coinsquare CEO Cole Diamond says he gets anxious about being perceived as doing too much.

But it’s not enough for him to shy away from the company’s lofty expansion goals. Less than a year after hiring its first employee in April 2017, the company has hit 122 employees as it seeks opportunities beyond its cryptocurrency exchange platform.

On the heels of a $30 million funding round with Canaccord in February, the company is exploring several verticals: a white-labelled solution to power crypto exchanges in the US and UK; a wealth division that provides dedicated agents to customers trading $25,000 or more; a digital currency mining operation with several thousand machines in Quebec; and CoinCap Funds, which gives people the choice to diversify versus selecting what coins they want to invest. The company is also launching a Trading and Arbitrage division to take advantage of cross exchange opportunities, and hedge coin and currency exposures.

“Within the next couple of months, we expect to have a true global footprint in the very near term. Ultimately, the mission statement of the business is to build a 21st century financial institution,” says Diamond. “We want to help reduce friction across the financial services value chain for customers — I have credit cards, an e-trading account, money here and there, it’s hard to move them between one another. It’s hard to make a wire transfer to send someone a payment. We want to help reduce friction and create more automation.”

Diamond joined the company in 2016 after being impressed with the platform and its founder, Virgile Rostand, as one of Coinsquare’s first customers. Diamond put an investment in the company and immediately began working as its CEO; Rostand is currently president and CTO.

But in an industry that’s been mired in controversy — whether it’s banking execs calling bitcoin a scam, or confusion from regulators — Diamond has his work cut out for him. BetaKit talked to Diamond about building Coinsquare into a legitimate financial institution, and the cryptocurrency landscape in Canada.

As Coinsquare focuses on building technology, it’s also working to become more mainstream through a marketing campaign reminiscent of Wealthsimple’s push to brand itself as a lifestyle company several years ago. The company is undertaking a marketing campaign including billboards and TV commercials, and relaunching its website with its team members visible to provide more humanness.

“We understand how the marketplace has been weird, but the maturity is now at that point where serious investors have an opportunity to work with a company that understands their needs and has built risk management tools and secure enough system in order to make sure they have the access they require,” says Diamond, pointing out that 98 percent of its assets are kept in cold storage offline.

“We need to operate under the assumption that we should be operating effectively like a bank.”

Dealing with regulators is a different beast; one of the most notable cases of friction between Canadian regulators and cryptocurrency is Kik, which decided not to host its ICO in Canada in 2017 due to lack of guidance from the Ontario Securities Commission, according to CEO Ted Livingston. Industry-wide, a lot of frustration stems from a lack of clarity on what constitutes a security.

Coinsquare currently only operates in Canada, which is by design with regulation in mind. “We thought we were a lot safer to take the approach by being focused within this country. The rules of engagement are different in Canada than they are in the US than they are in Europe, so why not just focus here and play along, and bring it to other markets later?” says Diamond.

However, this also means the company is leaving a lot of potential market untapped, both in the fact that they’re not reaching global customers, and making the choice not to host certain currencies, which keeps certain customers away. “We leave a tremendous amount of money on the table by only allowing tokens that we believe are currencies, and in no way, shape, or form can a Canadian regulator look at that and call it security.”

To stay ahead of the regulation question, the company announced several execs from the banking world after its funding round as it looked to navigate compliance and its expansion. Its new CFO was a former VP at BMO, and it’s brought on a new chief operating officer, chief business officer, and a chief anti-money laundering officer from the financial world.

“We need to operate under the assumption that we should be operating effectively like a bank, under regulations that a bank has.”

The company is planning an initial public offering in September 2018, and Diamond remains optimistic that the company is on their way to that goal. It’s opting for the IPO route over the reverse takeover route, a faster and cheaper process to get to the public market. Coinsquare is determined to IPO to win the trust of the public; asked whether blockchain companies looking to go public through RTO is problematic, Diamond was blunt.

“My perspective is that regulators should clean up their own house, quite frankly. I think the RTOS are happening under their watch; those security offerings that are getting to the market in a lot of cases are on the back of bad actors,” he said. “That’s the ultimate responsibility of the Ontario Securities Commission, because even though they’re not responsible for the RTO process — which in my belief they should be — there should be regulatory oversight.”

Rather than build completely new offerings for international markets, Coinsquare is using its white-label solution to “franchise” its technology, and staying in Canada.

“Inevitably, we’ve built a strong baseline of support here, and we’ll continue to build here. We’re proud of our position here, and a lot of major international exchanges right now aren’t even operating here, and at this point we think we have a big enough head start,” Diamond says. Recently, Facebook and Google announced that it would ban cryptocurrency ads, which he indicates an additional challenge for new exchanges entering the space.

“If digital currency or cryptocurrency ends up proving itself as actual currency, it won’t just hit the value of gold, it will way surpass it.”

Another reason to stay in Canada is its focus on the crypto industry; while other markets are focused on the potential of digital currency, Canada has been working on the technology.

“Here in Toronto, there’s been a focus on making sure we build ourselves up to be competitors to Silicon Valley, in terms of our startup push. And I hope to hell that we do the right things to ensure that we as a society here lead the charge internationally, and not be part of the charge.”

While the existence of blockchain technology is not news, it seems that just recently it’s earned the type of hype that has people mortgaging their homes to get a piece of cryptocurrency. However, addressing a hot topic in the space, Diamond doesn’t believe that we’re in a bubble. In fact, he suggests it’s just a sign of how the tech will inevitably impact the world.

“If digital currency or cryptocurrency ends up proving itself as actual currency, it won’t just hit the value of gold, it will way surpass it.”

But first, the market needs to mature into a trillion dollar market. “Even if it’s a three or $4 trillion market, remember, it started at zero. So how can you call it a bubble? We all know if the market succeeds where it needs to be, that’s in the tens of trillions of dollars.”