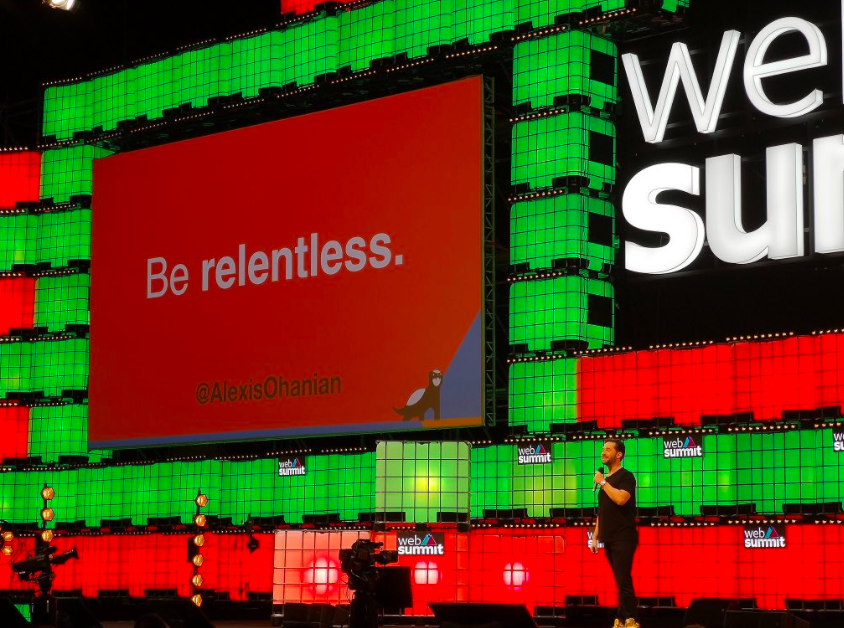 “Get even better at using no as motivation to be better.”

The pressure to work long hours without balancing a social life is one that’s oft-talked about in tech; as outlined in one recent BetaKit op-ed, entrepreneurs suffer both physical and mental health risks in an industry famous for moving fast and breaking things.

For his part, Ohanian admits he didn’t realize he was going through depression following the death of his mother while he was focused on building Reddit. It took him becoming a father to take his health more seriously.

Ohanian’s talk was focused on ‘What I wish a VC had told me,’ but it wasn’t focused on metrics and KPIs. Instead, the founder and VC provided insight as a person building something from the ground up, and how to avoid getting lost on the way.

Startup lessons from @Initialized and @Reddit Co-founder @AlexisOhanian:
1 "Look for peers not mentors"
2 "Seek authenticity not authority"
3 "Operate for the short-term, plan for the long-term"
4 "Focus on the very specific things that make your product different"#WebSummit pic.twitter.com/HUMmJiAl9u

As companies get built, it’s key to have alignment in how co-founders see the world, Ohanian contends, and this difficult conversation should happen sooner than later. “It’s not just the list of 10 values you have on the company wall…it’s the values you have as people. The things that you prioritize, the fact that if push comes to shove, when times get tough in a company—and they will—you will know what this person will fall back on as their universal truth.”

For entrepreneurs, rejection is a fact of life, but there are opportunities to find motivation in it. When the Reddit team pitched the company to Yahoo in 2006 and shared the website’s traffic numbers, “the executive just laughed, and said we were a rounding error compared to Yahoo’s traffic,” Ohanian said. “Now, we did recently pass Yahoo in traffic…I took that quote and put it on a wall at my desk. ‘You are a rounding error’.”