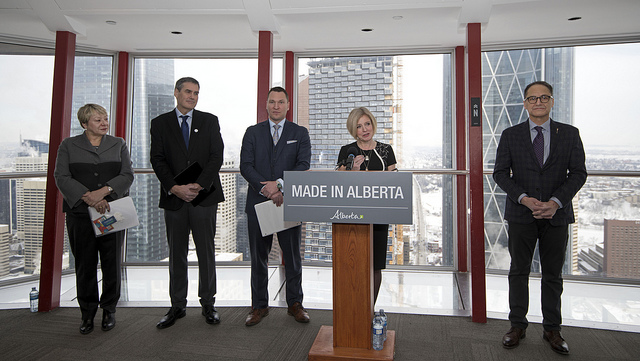 On Wednesday, the Alberta government announced a $100 million investment, over a period of five years, to attract more artificial intelligence-based high-tech companies to Alberta.

The five-year plan will support both Alberta Innovates and the Alberta Machine Intelligence Institute (Amii) to leverage partnerships with Alberta’s research universities, while also creating jobs. In addition, Alberta will undertake a significant campaign to market Alberta’s tech talent to the world in order to attract new investment. Since 2002, Alberta has invested $42 million in AI research at the University of Alberta and Amii.

“Businesses around the world are turning to machine learning and artificial intelligence as key drivers of innovation across every industry sector.”

An initial investment of $27 million will go to Edmonton-based Amii. This, coupled with the federal government’s $25 million investment, will help the non-profit develop a new program that supports companies looking to build in-house AI capacity, as well as establish a new office in Calgary.

“Businesses around the world are turning to machine learning and artificial intelligence as key drivers of innovation across every industry sector,” John Shillington, CEO of Amii said. “With this renewed support from the Government of Alberta, Amii will advance transformational business programs offering scientific mentorship and educational opportunities.”

The government predicts the investment will result in about 5,600 new jobs, the creation of 140 new companies, and $1.5 billion in value to Alberta businesses and Amii-affiliated startups. The Government of Alberta said it expects over $207 million in leveraged investments by the industry as well.

Last year, Alberta also invested $50 million to create 3,000 high-tech training seats at post-secondary schools. In 2018, University of Alberta researchers were ranked third in the world for research in AI and machine learning by CSRankings.

Rachel Notley, Alberta’s premier, said that Alberta needs to diversify beyond its energy sector. “Innovation is a critical tool for competitiveness in nearly every sector of the economy, including energy,” Notley said. “By investing in technology and the talent that powers it, we are ensuring Alberta continues to be a world leader in clean, efficient energy production and that our economy is more resilient and diversified for the future.”

Notley adds that, without long-term commitment and investment for a diversified future, Alberta is at risk of losing its competitive advantage to the “Ontarios and Quebecs” of the world. “That’s not a thing we want to see happen,” she stated.

A|I: The AI Times – MIT wants to give everyone AI superpowers