Jin Tu is responsible for thinking about how blockchain technology will be used in ten years. He’s started moving towards that future by building Aion, an integrated blockchain network that looks to facilitate connectivity between blockchains worldwide. With the Aion Network’s public launch in April under the recently-formed Aion Foundation, Tu has moved over from his former CTO role at Toronto-based blockchain company Nuco to act as the non-profit’s co-founder, board member, and tech steering committee chairman.

Tu compares blockchain today to the dot-com generation of technology, which he experienced—there are ups and downs with rapid changes. It’s his job to lead Aion to where the industry will be when it matures.

From private trust to public trust

One of Tu’s career role models is Linus Torvalds, the creator and longtime main developer of Linux, which is famously open source. What Torvalds created is used in some capacity in all kinds of industries.

“The blockchain revolution tried to replace the Wall Street model. This is definitely not correct.”
– Jin Tu

“In the blockchain industry we have bitcoin, which is open source from day one,” Tu said. “Everybody needs to trust the code.”

Although it is a blockchain company, Nuco’s beginnings were in blockchain for the enterprise. That meant its codebase was private. “To get enterprise clients to trust our codebase and use our codebase in real-world projects,” Tu said.

However, Nuco’s roadmap shifted significantly over the last year to focus on what Tu calls the first Canadian-based public blockchain. It ran its first token event last December for Aion, the technology working to connect and create a network of blockchains.

“It cost hundreds of engineer hours to get to current stage,” Tu said of the journey to get the codebase in a state where it could be open sourced. But the feedback since launching it has been positive. “Community members like it,” he continued. “And our code quality is still very good.”

Tu believes that commitment to trust is fundamental to the future of blockchain.

“Lots of people think blockchain or cryptocurrency starts and ends with bitcoin,” he lamented. “The blockchain revolution tried to replace the Wall Street model. This is definitely not correct.”

Instead, Tu argued that blockchain needs to be viewed as a long-term commitment to transparency. “Blockchain is the next step of the internet,” he said. “It helps people trust each other. You can trust people’s money, and you can trust your friendship.”

According to Tu, blockchain’s reliance on trust to function gives it the potential to transform social institutions like governments, making the process entirely more open and able to be trusted. “[It] can be guaranteed by blockchain itself.”

Being a blockchain CTO

Like his former role at Nuco, Tu faces unique challenges at the Aion Foundation. He pointed out that there are two types of CTOs: those who build teams that can care about the details, and those who maintain the ownership over details. He is the latter.

“With blockchain, it is critically important [to focus on] security and stability,” Tu said. “If a blockchain isn’t stable, billions of dollars can disappear in one night.”

“If a blockchain isn’t stable, billions of dollars can disappear in one night.”

That said, Tu noted a shift in Nuco as it went from three former Deloitte employees to a growth-stage company. In the beginning, you’re responsible for writing the code that results in a product that can go to market. But as you grow, your role changes. “As the company grows, the CTO’s vision should shift from lines of code to the long-term vision,” Tu said.

But at the end of the day, Tu knows that the issues that arise are his responsibility. When PagerDuty calls in the middle of the night, “I have to fix it myself,” he said.

“In brief, I’ve had no personal life in the last few years since I started in blockchain,” Tu said. “[But I’m] pretty happy with how I spend my time.”

Focused now on the long-term future of blockchain, Tu said his new role at the Aion Foundation is to look 10 to 20 years in the future at where he thinks the space will be and create short-term goals for his team to execute. Each month there is a milestone to achieve, but Tu conceded that it is a challenge.

“My concern is, I know blockchain is a long-term journey,” he said. “How can a CTO keep the correct vision?”

“I have to guarantee that everything we do today can bring us to a bright future.” 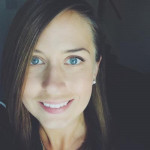