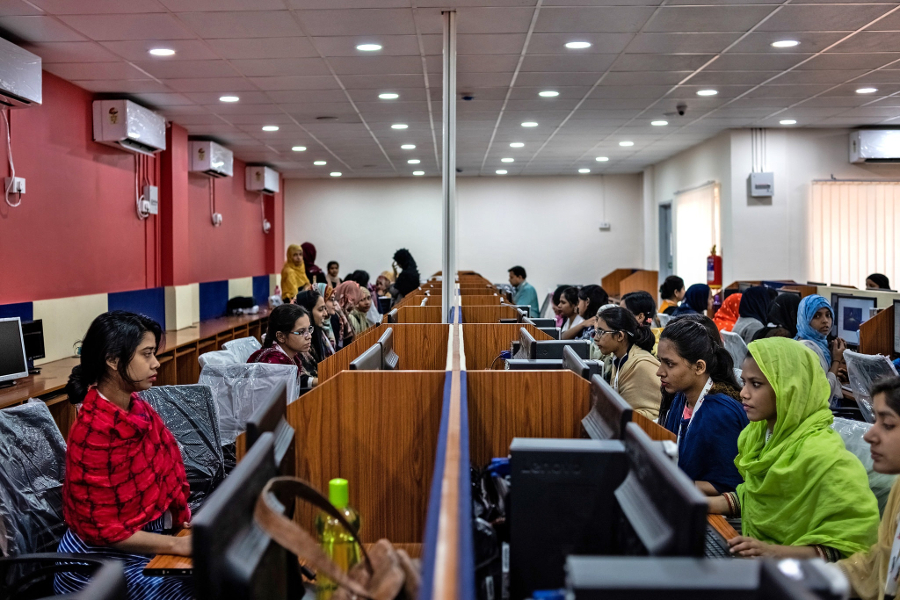 The R&D Labs initiative will be part of the Fintech Station, an accelerator launched by Finance Montreal, and will also be part of the venture community hub, Espace CDPQ.

For Sean, success revolves around ingraining these three facets into a company’s culture. A team that can operate with focus, speed, and intensity is unstoppable – and it’s one of the unique advantages startups have overall in the market.

Nvidia’s breakthroughs aren’t just cause for bragging rights — these advances scale and provide real-world benefits for anyone working with their NLP conversational AI and GPU hardware.

At Venture Day, NEXT Canada also recognized the top companies and entrepreneurs for their progress and achievements during the programs.

A.I. Is Learning From Humans. Many Humans.

Artificial intelligence is being taught by thousands of office workers around the world. It is not exactly futuristic work.

Properly, a Toronto-based proptech startup, has closed a $22 million Series A financing round, consisting of $12 million in equity and an initial $10 million debt facility.

Mumbai-based Orbo.ai plans to use the investment to ramp up its AI-based research efforts and to further create a seamless and automated visual enhancement stack.

Facebook’s lead privacy regulator in Europe is now asking the company for detailed information about the operation of a voice-to-text feature in Facebook’s Messenger app and how it complies with EU law.

The global construction market will be a $12 trillion industry by 2022, according to a recent Construction Intelligence Center (CIC) forecast.

Interestingly, the enterprise-centric startup pitches itself as an AR company, augmenting what’s happening on your laptop screen much like a pair of AR glasses could.

Fredericton-based SomaDetect, which has developed a sensor that helps farmers measure milk quality, has completed a $2.6 million CAD ($2 million USD) seed round.